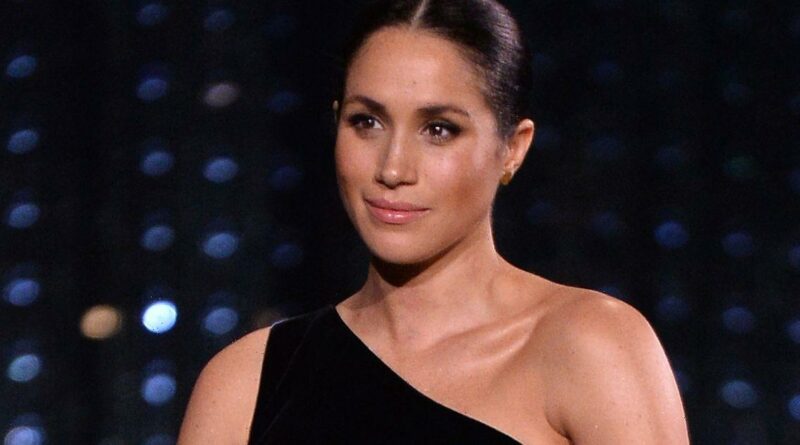 Although Meghan Markle and Princess Diana have had different upbringings, they're very similar in a number of ways, from how they handle themselves to the growing pressure of becoming a royal.

Princess Diana famously stood up for herself, her family and what she believed in, which many members of the public appreciated about her.

Although Meghan hasn't had quite the same public perception, the pair do have a lot in common, with both Meghan and Diana working closely with charities.

On the anniversary of Princess Diana's death, Daily Star has looked into the similarities between herself and her daughter-in-law Meghan Markle.

Both Diana and Meghan have talked openly about their battle with mental health.

In the '90s, Diana opened up about her depression and eating disorder, opening up to Andrew Morton about her bulimia battle which he chronicled in the book Diana: Her True Story.

In recordings given to Morton, she said: "The bulimia started the week after we got engaged. My husband put his hand on my waistline and said: 'Oh, a bit chubby here, aren't we?' and that triggered something in me."

Diana said in her interview with Martin Bashir for the BBC that she had bulimia for "a number of years".

Earlier this year, Meghan and Harry discussed Meghan's struggles while she was pregnant and shortly after giving birth.

She explained to Oprah Winfrey that she "didn't want to be alive anymore", telling Oprah that Harry "saved" all of them by stepping down as a senior member of the Royal Family.

When Meghan did her tell-all interview with Oprah, she claimed that when she told Buckingham Palace's HR department of her struggles and requested help, she was denied as she wasn't a "paid employee".

She claimed at the time that when she said she needed to go somewhere to get help that she couldn't as it "wouldn't be good for he institution".

Diana has previously stated to BBC that joining the Royal Family was a "sink or swim" situation, adding that it felt like she was "isolating".

Meghan and Diana both broke the norm when it came to their lives as a mother. Diana chose to take Charles with her on royal visits as she didn't want to be away from her children, something which wasn't very usual at that time.

Diana made it clear that her children were her number one priority over anything, which certainly made the public resonate with her even further.

Meghan's big defer from the royal norm was choosing to give birth away from the hospital and not posing with her newborn on the steps outside.

Her decision to do this caused a lot of outrage among the public, but Meghan and Harry wanted the moment to be private.

Diana famously worked closely with HIV/AIDS patients and became instrumental in breaking down the stigma as people battled against the disease.

At the height of the Aids epidemic, Diana opened the first unit in London Middlesex Hospital, with photographs taken of her shaking hands with a HIV positive man without gloves; at the time many people incorrectly believed you could catch HIV through touch.

Meghan has focused vastly on feminism, having discussed women's issues frequently and has also worked as an advocate for gender equality in the United Nations.

After her split from Prince Charles, Diana took a break from the spotlight. At the time, she said: "I hope you can find it in your hearts to understand and to give me the time and space that has been lacking in recent years."

She came back the following year after her desired time away and continued in her work and duties.

Meghan and Harry also both stepped back from royal duties, though for a longer time. The pair said they would continue to be working members of the Royal Family, just not on a senior level.

Harry said at the time that he wanted to take a step forward into a more peaceful life with his family, which now includes both Archie and Lilibet.

It is clear that Meghan has taken some level of inspiration from Diana's fashion book, though the Duchess did have great style before she met Prince Harry.

From their love of green to their pregnancy outfits, Meghan has portrayed a level of appreciation for the Princess of Wales and her fashion choices.

Diana was always praised for her stunning outfits, from her wedding dress to her revenge dress, no one has ever forgotten Diana's most famed looks.