Mel B has revealed that the Spice Girls will indeed be reuniting and going on tour together again.

Scary Spice has joined Loose Women as a guest panellist this week for three days, and from the off, she has already delivered the news that we’ve all been waiting for – that all five members of the legendary girl group are getting back together for real.

“We are in the works of figuring the stuff out,” she teased today (May 8). “I don’t want to say too much. 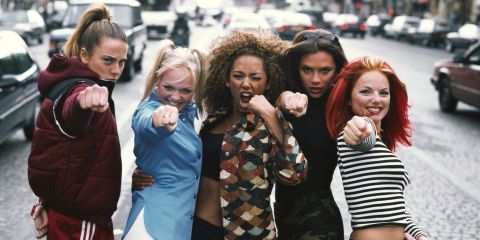 “All five of us have signed with Simon Fuller. I can’t say exactly what and when, but it’s all very exciting.”

And she wasn’t done there…

“It’s going to be a bit of everything,” she added. “If it was up to me, we’d go on tour immediately. Maybe we will soon… hopefully.

“I’ve always said we’re definitely touring. I think I’ve just been nagging them all a bit too much! I stopped nagging and then they all said yes. I shut my mouth.”

Mel B’s comments come after she shared on Instagram that she was meeting up with her fellow former band members for a catch-up this week.

Back in February, the Spice Girls hinted at “some incredible new opportunities together”, although since then Mel C had suggested that nothing has been set in stone, while Victoria Beckham also seemed to pour cold water over the idea of the group getting back together in an official capacity to release new music.