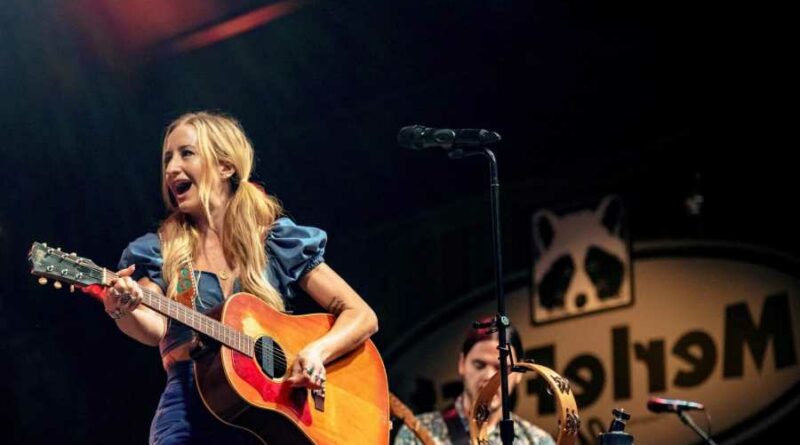 While Sierra Ferrell was performing on the Doc Watson Stage this past weekend at MerleFest, the singer-songwriter gazed out beyond the crowd and she was struck by a memory.

“When I first came here six years ago, I was homeless and eating out of the trash. And there’s a lot of good food here,” Ferrell told the crowd. “And now I’m here on [the main] stage.”

Ferrell’s fortunes have improved considerably since those days, thanks in part to festivals like North Carolina’s MerleFest and the launching pad they provide lesser known artists. This year’s installment of the roots-music event, held in the Blue Ridge Mountains on the campus of Wilkes Community College, continued that tradition by showcasing rising talent like Ferrell along with Charley Crockett, Amythyst Kiah, Sam Williams, Kelsey Waldon, Po’ Ramblin’ Boys, Cordovas, and Sarah Shook & the Disarmers.

A couple hours before Ferrell’s appearance, Americana luminary and MerleFest fixture Jim Lauderdale performed with accompaniment from string ensemble Songs From the Road Band. Backstage, he touched on MerleFest’s integral role in his musical journey.

“If it wasn’t for MerleFest, my career would be significantly different,” Lauderdale told Rolling Stone. “MerleFest is where I got the courage to ask Ralph Stanley to record with me, which led to me writing with Robert Hunter. This is where Elvis Costello had me sing harmony with him, which led to writing and recording with him.”

That deep spirit of camaraderie and nurturing younger musicians resides at the foundation of MerleFest and was palpable at Saturday’s band competition. An invitation-only event exclusively for undiscovered artists, the event featured the Maggie Valley Band, Hannah Juanita, Andrew Scotchie & the River Rats, and Into the Fog, who walked away the winners and kicked off the Sunday festivities.

“In a lot of cases, this competition is the next generation of talent at this festival,” said Mark Bumgarner, host of this year’s competition and a singer-songwriter in his own right. “There are acts who made their MerleFest debut on this stage and then end up years later on the main stage.”

Breaking through into that next level means stepping onto the Cabin Stage, an actual small house built within feet of the Watson Stage. Performers like Amythyst Kiah walk out the front door and onto the porch to entertain audiences between headliners like LeAnn Rimes and Tedeschi Trucks Band.

Thousands came out to the Watson Stage on Thursday evening to catch headliners Price and Simpson, who demonstrated the multiple ways they are carrying the modern-day torch of country and roots music.

As with her studio recordings, Price is an elusive performer, a chameleon who blends disparate sounds of country, soul and rock. For her MerleFest debut, Price paid homage to Linda Ronstadt with “You’re No Good” in addition to her original tunes like “Tennessee Song” and “Twinkle Twinkle.” Later, Price slid into the rollicking “Hurtin’ (On the Bottle),” which led to a mashup of Merle Haggard’s “I Think I’ll Just Stay Here And Drink” and Willie Nelson’s “Whiskey River.”

Simpson roared onto the Watson Stage with a murderer’s row of bluegrass pickers including Tim O’Brien, Stuart Duncan, and Mike Bub. The set meandered between both volumes of Simpson’s Cuttin’ Grass albums and the newly released country concept record The Ballad of Dood & Juanita. 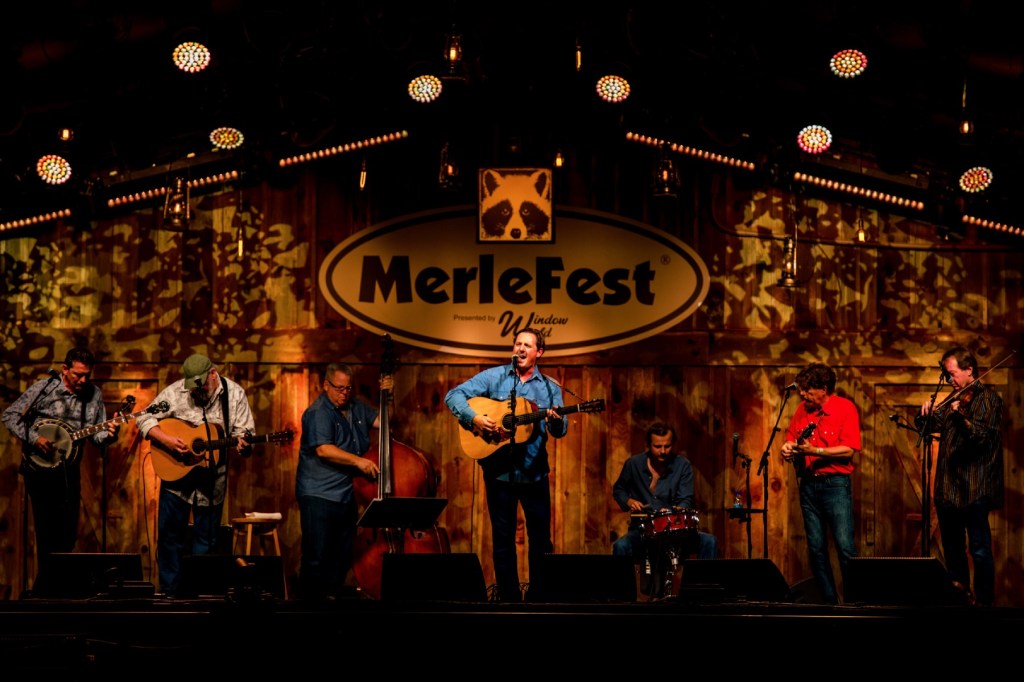 Sturgill Simpson and his bluegrass band perform at MerleFest.

For Simpson, who’s explored muscular retro country and trippy psycho-rock on his albums, recasting his music as bluegrass simply means going back to his Kentucky roots.

“You can play any kind of music with a bluegrass lineup, but [Sturgill’s] songs really seemed to be returning home during the [recording] sessions,” O’Brien, who played on the Cuttin’ Grass albums, said. “Bluegrass needs new songs, and his were just sitting there ready and willing.”

Without question, the set that raised the most eyebrows was LeAnn Rimes’ Friday night appearance on the Watson Stage. Aside from running through her numerous radio hits — her “Blue” celebrates its 25th anniversary this year — and the massive hit “How Do I Live,” Rimes and her band stretched out with left-field covers of Prince’s “1999,” Daft Punk’s “Get Lucky,” and Aretha Franklin’s “Respect.”

Closing out the Watson Stage Friday night, Tedeschi Trucks Band tapped into its reservoir of blues, soul, and rock jams, including several from their Eric Clapton tribute album (like a heartbreaking “Bell Bottom Blues”). Their MerleFest show was only the group’s second performance since the pandemic, and only the second show with its new drummer Isaac Eady.

“Everything is all new right now, so we’re trying to reimagine things,” guitarist Derek Trucks tells Rolling Stone. “And with what the world has lived through the [last couple of] years, everything feels different, which isn’t always bad. There’s a different sense of gratitude, from the stage and to the stage. Not that we took it for granted before, but you always do a little bit — whether you know it or not.”

The MerleFest appearance also provided a warmup for Tedeschi Trucks Band’s upcoming residency at New York’s Beacon Theatre, which kicks off September 30th. That series, which runs through October 9th, will aim to restore a sense of community Trucks had been missing for the last 18 months.

“We’ve always felt live music serves the same purpose that old country churches served — it’s communal and it’s people getting together. It’s the good, the bad and the ugly, it’s all of it,” Trucks says. “And I think we need that.”

Throughout all the serendipitous and stunning musical moments during the weekend, the ebb and flow of MerleFest continually circles back to Doc Watson, the guitarist and singer-songwriter who created the festival in honor of his son Eddy Merle Watson in 1988. Watson’s legacy as a performer and encourager of young talent is still being upheld by longtime MerleFest attendees in performances like the “Veteran’s Jam.” For the jam’s leader, singer-songwriter Peter Rowan also known as the “Bluegrass Buddha,” it’s that sharing of melodic wisdom between generations that makes MerleFest such a special event.

“When we first started out [at MerleFest in 1988], it was just a flatbed trailer with some hay bales,” Rowan said. “And it was always more about the music, which was sort of a given with the musicians who played, that spark of creativity. Playing with Doc Watson was all about his incredible encouragement for us to learn more of the tradition — to play where the music wanted to take you, the impulse of creative inspiration.”