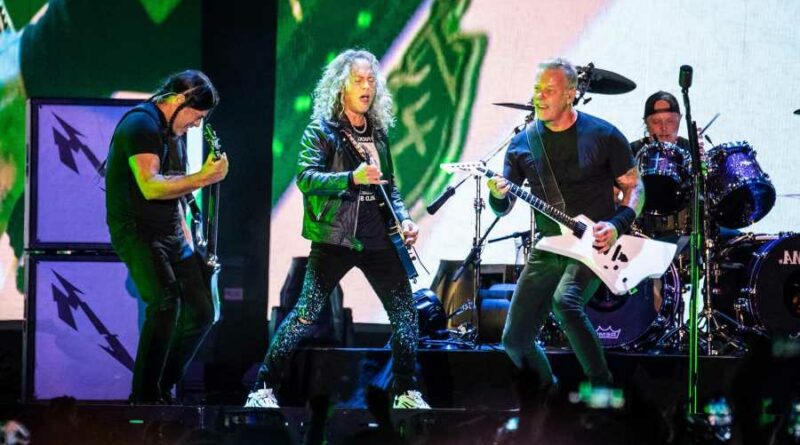 Metallica will stream their two 40th-anniversary concerts next week in a free broadcast.

The gigs will take place at San Francisco’s Chase Center on Dec. 17 and 19 and will be viewable through the Coda Collection via Amazon Prime; the streams will begin at 9 p.m. PT. Full tune-in details are available on the Coda Collection website. Amazon is also offering specific links to the first night’s concert and the second night’s.

The band will kick off its anniversary festivities, which they’re describing as a takeover of their adopted hometown, with a block party and a concert by the band White Reaper (opened by Lars Ulrich’s sons’ band, Tapei Houston) on Thursday. The city will host music events the whole weekend, including concerts by Kamasi Washington (who contributed to the band’s Blacklist tribute project), a Metallica tribute-band showcase, a film fest, and other events detailed on the group’s website. Part of the film fest includes screenings of their Cunning Stunts and Orgullo, Pasión, y Gloria: Tres Noches en la Ciudad de México concert films, which will also be available to stream that weekend via the Coda Collection.

Non-music happenings that weekend include trivia, opportunities to give back to the community (a pop-up food bank and oceanside cleanup), events related to the band’s Blackened whiskey, and a gallery showing of photos of the band. A list of all of these is also available on the band’s website.

The quartet has also partnered with Amazon Music for The Metallica Takeover, a guest-hosted station where the group recalls the stories behind its songs set to a soundtrack of entries from its entire catalogue.