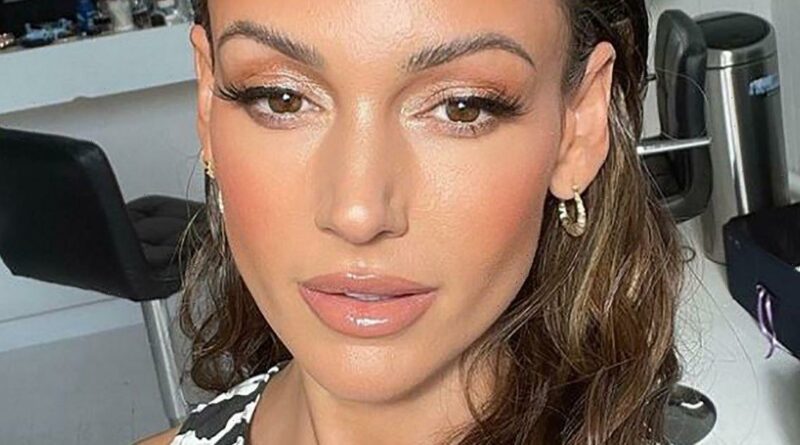 Michelle Keegan, 34, looked completely unrecognisable as she revealed her stunning new look, with many fans flooding her with compliments and saying that she looked like Jennifer Lopez.

The former Coronation Street star donned a sleek hairstyle, which saw her brunette tresses slicked back, rocking a 'wet look' hair-do, with her locks gelled back and tousled.

Posing for the camera, the star looked stunning as her skin glowed beneath the sunlight.

She captioned the two snaps: "When that rare golden light finally comes out in Manchester…you’ve just got to."

Fans flocked to the comments to gush over Michelle's new look, with one saying: "The essence of beauty", while another said: "Literally the most stunning woman on the Planet."

But other fans were quick to comment on the celebrity resemblance between Michelle and Jennifer Lopez.

One said: "Looking fab. You look like Jlo on these pics xx"

Another said: "Im getting jlo vibes."

While a third said: "Thought that’s was JLO. Killing it."

This sultry set of snaps come after the Brassic star appeared on The One Show before heading to the Mandarin Oriental Hotel in Hyde Park.

Posing for a snap in the hotel lobby, Michelle wore a crocheted dress in a beige hue, with a brown handbag and a glam yet natural makeup look.

The dress accentuated the Our Girl star's flawless figure, as she posed up a storm in the hotel's bar.

But some eagle-eyed fans picked up on the fact that the TV star wasn't wearing her wedding ring.

One said: "Strange no wedding ring on and wasn't wearing it on the one show."

While a third replied to clear up the concern, saying: "She doesn’t always wear it with her job. Don’t worry she still happily married."