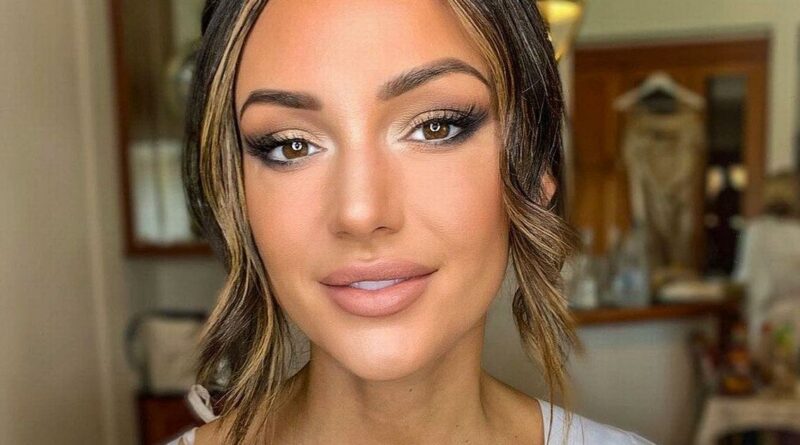 The ex-Corrie star plays Erin Croft in the highly anticipated series which began in 2019, and was renewed for a second season before it’s initial release.

The third season was released last month and the cast are seemingly already busy filming for the fourth.

Michelle posed on a sofa with a casual updo, wearing a pink hair scrunchie and a khaki hoodie whilst clutching a well deserved cup of tea.

She captioned the selfie: “My last few minutes of calm before the night shoot madness starts all over again” with a sticker that read ‘take a break’.

Keegan recently admitted that she has banned her family from watching the show after the sex scene in the first episode.

The raunchy scene kicked off the series, showing intimate scenes of Erin and her boyfriend.

Michelle was spotted with a bodyguard last month as the Brassic filmed in Manchester. The guard was reportedly hired to protect the celebs from fans of the show whilst they filmed on location and was snapped wearing a puffer jacket next to a guard as she took a break from filming.

The actress has been married to The Only Way Is Essex legend Mark Wright since 2015 and the couple have been building a £1.3 million mansion in Essex for over a year.

The pair posted pictures of the house plans on their home’s Instagram account WrightyHome: "Our garden means the world to us and we love the outdoors.

"We searched high and low to find the best landscape designers, after realising that there was only one company for us….We begged for them to make some time in their busy schedule […] It’s funny how you can have a dream, tell the professionals and they make your dream bigger than you ever imagined."

He continued: “Absolutely blown away and cannot wait to see it come to life!! Boys…. Thank you for your excellence and your insane talent."