When she's performing with her multi-instrumentalist husband Tim Fitz and drummer Harry Day, Joy tries to bridge the space between artist and audience. 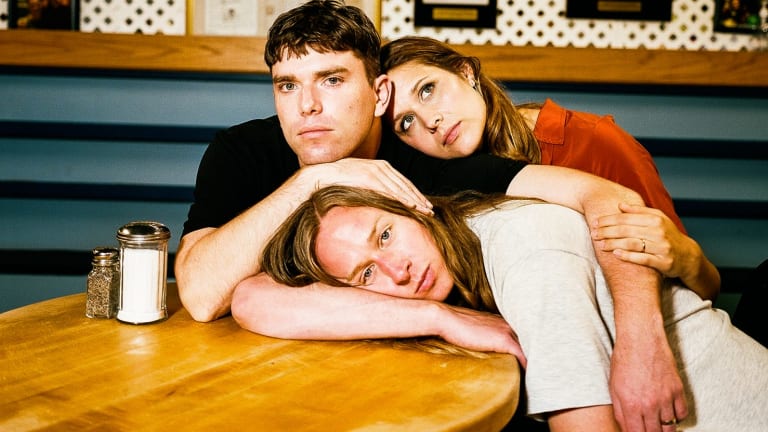 She wants those present to sing along with her, to share the song.

"In this time music concerts are one of the last communal spaces, along with sport, for people to come together and create a community," the 27-year-old says. 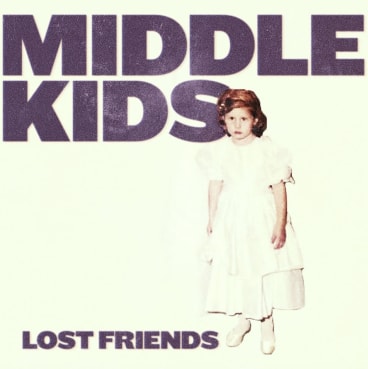 "I see music as a tool to bring people together and that's extremely important to me. I grew up singing in choirs and there's something absolutely magical when humans sing together."

Last August, when the halcyon rise of Middle Kids had them touring North America for three months, Joy got the strongest indication yet of how different people can share the one piece.

At the Lollapalooza music festival in Chicago, a 5000-strong audience sang along with Joy to the group's rhapsodic breakthrough single Edge of Town, and Joy felt transported.

"When you're all singing the same words together it's one of the few times when you're saying and thinking the same thing as a whole group of people," she says.

"There's an energy and a unity that comes out of that that is beautiful. I want the songs to be an invitation for people to sing with me and as people get to know our music they are doing that."

One of the reasons Joy is so excited about the release of Lost Friends, the band's debut album, is it allows fans to be familiar with their entire live set, not just the six songs from 2017's self-titled EP.

Lost Friends, which debuted at No.10 on the national charts this month, comes just two years after Middle Kids revealed themselves to the world from a nondescript red brick house in Chatswood, on the lower north shore, by uploading Edge of Town to Triple J's Unearthed website.

"Part of the process of making art is that what once belonged to you now belongs to the world," Joy explains. "A lot of my favourite songs feel like mine now, because they've been shared with me by the songwriter."

Joy got a first-hand experience of that when Middle Kids opened for Paul Kelly on an Australian tour. His bittersweet single, Careless, was a song that left Joy feeling "devastated" in a positive way the first time she heard it, and every night on the tour she would experience that again when Kelly performed the song while she watched on.

Joy, a former classical pianist and composer, is full of wonder at what music can do. Many artists, after a whirlwind two years that saw them go from anonymity to an international career, would be ground down by the experience, or take easy refuge in cynicism. But Joy is open to the experience's every element, and happily appreciative.

It's reflected in her lyrics on Lost Friends, in which she's open to the imperfections and mistakes of other people, not just their idealised best traits. As a band Middle Kids' indie-rock can go from the maudlin to the meteoric, and in the same way, her songs engage with the best and worst of the people she writes about.

"So much of that comes from being married," Joy says. "Tim and I have only been married two years, and we're still getting to know each other, and fighting for each other and accepting each other.

And you're hoping for growth and healing as that happens, not just acceptance," she says.

"I never thought I would get married, because it's an intense concept, but you start realising that you're not going to be with the same person for the rest of your life because neither of you will stay the same."

Whether it's Joy growing up in classical music and Day doing the same in jazz, or Fitz spending the first 10 years of life with his family in Papua New Guinea, each member of Middle Kids has arrived at the classic guitar, bass and drums format from an unexpected starting spot.

The conventional doesn't have a hold on them and you can hear it in the way Joy's guitar playing can go from a handful of tender notes to a metallic surge.

"We each bring a certain thing and somehow we mesh them together, or force them to co-exist," she says. "The song is the decision-maker – we always ask ourselves what's the best way to get the emotion out of the song? There's never just one right answer to that question."