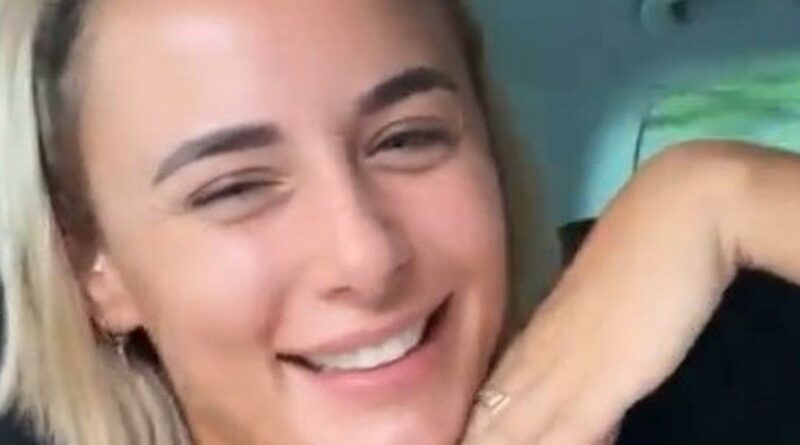 Love Island babe Millie Court was left in hysterics during a recent Instagram Q&A after discovering she is featured on a "weird" foot fetish website.

The 2021 series winner, 25, was enjoying some personal time with her 2 million followers on the social media site on Monday when she shared a screenshot from a website called WikiFeet.

The page features her name, date of birth and photos where her feet are visible, along with user ratings of her feet.

Millie appears to have scored an overall rating a just over four stars out of five, with 27 of the 58 total votes describing her feet as "beautiful", which appears to be the maximum rating.

Another 16 people had rated them "nice" while 11 of the ratings were "ok".

The reality TV star shared the fan question: "Your wikifeet page what you think of it?" along with a screenshot of her dedicated page.

She added the caption: "Honestly wtf have I just witnessed hahahahahha".

Millie, who recently split from her Love Island beau Liam Reardon, then posted another follow-up story for the same question, with three photos showing her feet from different angles seemingly taken from the site.

She wrote: "These have SENT me. Who is sitting there and uploading these weird pics of my feet pls?"

After a string of crying laughing emojis, she added: "the top photo in that sandal next to chlo HAHAHAHA," refencing a photo that showed her foot in her sandal on the day beds with former contestant Chloe Burrows in the background

Millie began the Q&A while wearing a face mask in the bath, saying she was "bored".

In her previous post, she had signed off and assured fans: "I'm so so single, just tryna live my best life" having just joked about "shagging" rumours.

In her first interview since the break-up, the reality star, 25, has said that while she has “no regrets” over the decision, it hasn't been easy to deal with the “heartbreak”.

Speaking to Fabulous Magazine, Millie said: “I'm obviously not totally OK, I'm the best Millie that I can be and going through something that's not very nice.”