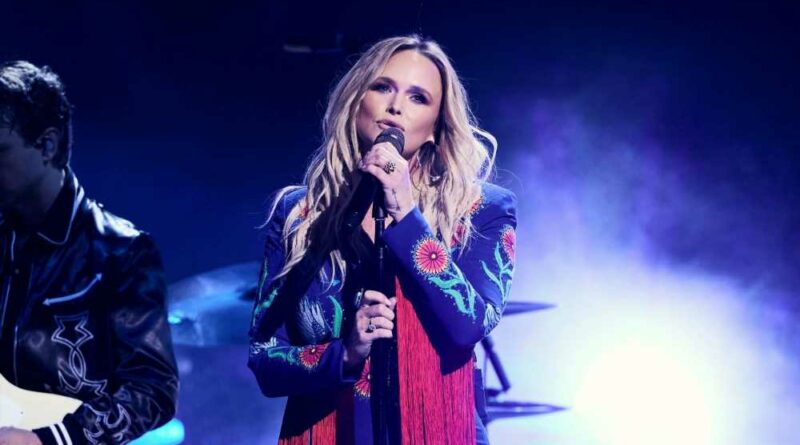 The next season of the Netflix self-improvement series Queer Eye premieres Dec. 31 and takes the cast to Texas to continue their mission of encouragement and empowerment. Texas native Miranda Lambert has recorded a new song called “Y’all Means All” for the series, a snippet of which can be heard in the show’s teaser.

While the Queer Eye ambassadors put on cowboy hats and learn about boot-scooting (“What is a honky-tonk?” Tan France asks at one point) in the teaser, Lambert’s song begins to play. An upbeat tune with some lively Dobro and handclaps, “Y’all Means All” finds Lambert creating a little space for everyone. “If your life is like a tornado, all you need is a smoke and a rainbow,” she sings, before a chorus that drops in a “Yes queen” and a little free-associative wordplay. “Goodwill, Gucci, where my Chattahoochies?”

2021 CMA Awards: How to Watch, Who's Nominated, Who's Performing

Lambert has maintained vocal support of the LGBTQ+ community in recent years, including turning up at a 2019 Pride festival with her brother and his husband. Earlier in 2021, she released a dance remix of “Tequila Does” that featured her brother and a diverse cast of friends at a backyard pool party.

While Lambert’s Texas roots make her an obvious choice for the Queer Eye spot, many others in country music are promoting messages about being inclusive. Earlier in 2021, the LGBTQ+ musician Chris Housman even employed the phrase “Y’all Means All” in his viral hit “Blueneck.”

Queer Eye season six premieres Dec. 31 on Netflix. “Y’all Means All” will be available in full on the same day. Lambert’s live schedule is quiet until next March, when she’s set to play C2C in England, Scotland, and Ireland. She also has a pair of Grammy nominations, one for her collaborative single “Drunk (And I Don’t Wanna Go Home)” with Elle King, and one for the collaborative album The Marfa Tapes with Jack Ingram and Jon Randall.