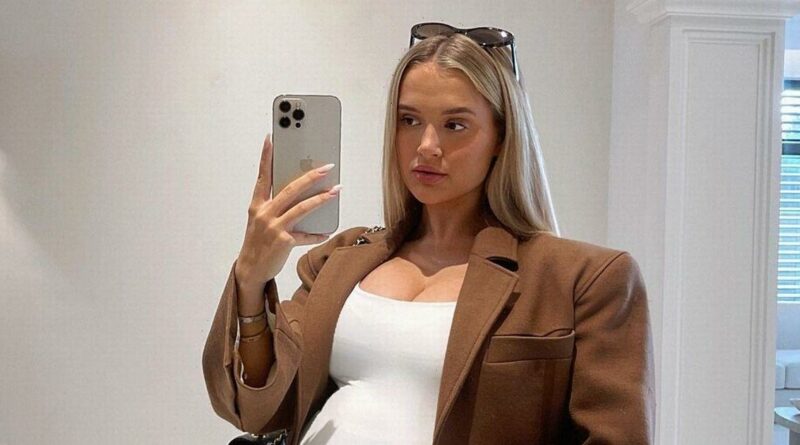 Molly-Mae Hague, 23, has hit back at those who criticise her decision to buy designer clothing for her unborn baby.

In a video shared on her home’s Instagram account, Molly showed the luxurious wardrobe for her unborn baby, filled with delicate, pastel outfits and designer goods.

The 23-year-old former Love Island star took to Instagram to answer fan questions in a Q&A where she opened up about her decision.

READ MORE: Pregnant Molly-Mae forced to deny she's had a nose job as own sister questions her

“You do know your baby probably won’t even get three wears out of designer stuff,” one fan said to the star.

Molly then revealed that the featured designer clothing only makes up a small portion of her baby’s wardrobe.

She replied: “Her wardrobe is probably 5% designer pieces that are mostly bought as gifts! Everything else is high street.

“I really don’t plan to dress her in anything expensive/designer unless it’s a special occasion.

“Anything we don’t use/she doesn’t wear, I will be giving to charity.”

It comes as Molly-Mae, who is expecting her first child with boyfriend Tommy Fury, shared adorable pieces to her social media, including a small fuzzy brown hat with bunny ears and tiny matching booties.

She also revealed an adorable pair of Ugg boots and Nike high tops as she’s gets prepared for her daughter's birth.

Both friends and followers were quick to share their excitement in the comments, with Molly’s sister Zoe saying that she was “obsessed”.

Molly’s followers were equally as excited, with one writing: “I can’t wait to see her face someday! Enjoy that first 6 weeks while they’re so small it’s the best….”

Lifting the lid on her pregnancy, Molly said: “Other women have these dream pregnancies where they are always with their husband doing baby shopping and doing cute things, and like, me and Tommy literally just communicate through FaceTime at this point.

“I think because he’s been away so much, I feel like he sometimes forgets. I have to remind him that I’m two months away from giving birth – you know, we’re going to have a child. I think he sometimes has to be reminded a little bit because he’s away in camp-land.”