Moses Farrow, the son of Woody Allen and Mia Farrow, has written a personal essay defending his father against claims that the filmmaker molested Moses’s sister Dylan when she was a child.

In the essay posted on his blog on Wednesday (May 23), titled A Son Speaks Out, Moses alleges that his mother Mia was abusive towards him and his siblings, a claim she has previously denied.

Moses, born in South Korea, was adopted by Mia as a toddler and then later adopted by Allen in 1991. 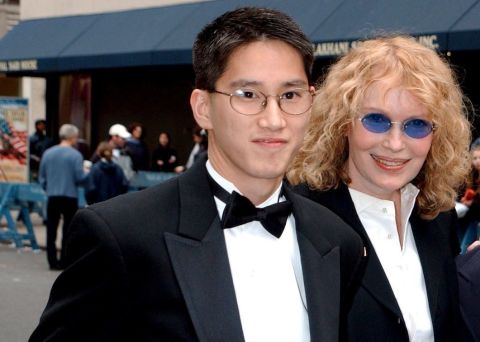 During Woody and Mia’s bitter custody battle in 1993, allegations emerged that Woody molested Moses’ 7-year-old sister Dylan. The claim was investigated, but Allen was not charged. Since then, Dylan has continued to reiterate the accusations, which Allen has always denied.

In his new essay, Moses backs his father by doubting Dylan’s account and also alleges that Mia was physically and emotionally abusive towards him and her other children.

“For all of us, life under my mother’s roof was impossible if you didn’t do exactly what you were told, no matter how questionable the demand,” Moses writes.

“It was important to my mother to project to the world a picture of a happy blended household of both biological and adopted children, but this was far from the truth.” 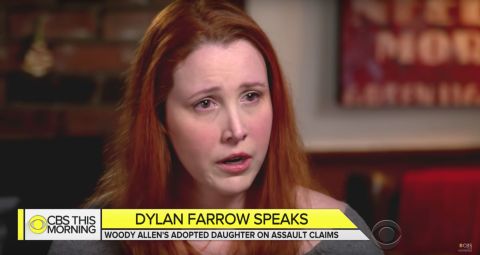 [Dylan Farrow opens up on US TV earlier this year]

Dylan has since hit back at Moses’s essay in a statement to People, saying it’s “an attempt to deflect from a credible allegation made by an adult woman, by trying to impugn my mother who has only ever been supportive of me and my siblings”.

“It’s easily disproven, contradicts years of his own statements, is beyond hurtful to me personally, and is part of a larger effort to discredit and distract from my assault,” she continued. “My brother is a troubled person. I’m so sorry he’s doing this.”

Last year, when Moses made similar accusations about Mia Farrow to Woody Allen biographer Eric Lax, Mia responded in a statement at the time: “It’s heartbreaking and bewildering that he would make this up, perhaps to please Woody.”