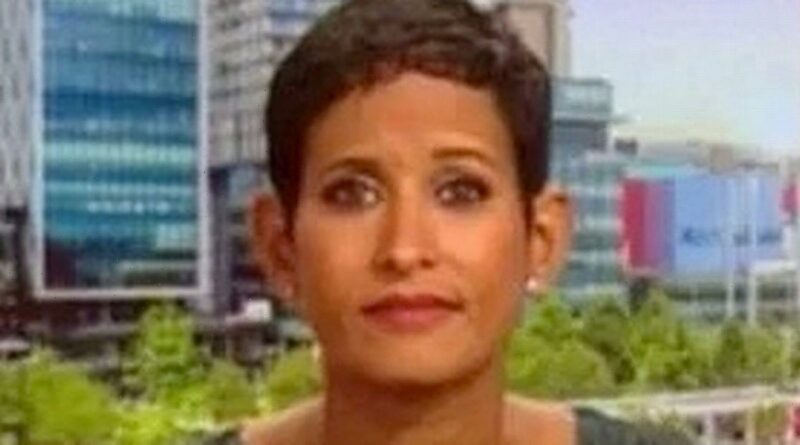 Naga Munchetty has sparked an eye-opening discussion about women's safety and has joined the 16 Days of Activism against Gender-Based Violence campaign in a bid to raise awareness on the subject.

After delving deep into the discussion during her BBC Radio 5 Live show, Naga has stressed the importance of having these conversations, which includes speaking to her male colleagues who have understood the concern.

In an exclusive chat with Daily Star, the presenter explained: "Yeah it's something that we are discussing and what you would discuss anyway.

READ MORE: BBC Breakfast's Naga Munchetty hits back as listener tells her 'not a fan'

"My male colleagues, a lot of them are parents so they think about these things with their children. It's something fathers would definitely think about and be aware of."

The news anchor added: "We had a father who called in and said, 'I've just been read the riot act by my two daughters, because I was saying this is an anti men discussion, and men get worried too, and they opened my eyes'.

"I think when we have these discussions, everyone's eyes are open. Women's as well. Women of a certain of an older generation and perhaps anyone who doesn't think about these things as much. I think it's a conversation everyone's having."

The BBC Breakfast star, along with her production team, Madeleine Briggs, Laura Yates and Samhar Gowar, went on a night out with a group of students in Leeds as part of the series on women's safety.

Naga and her team spent the evening with Rosie, Antonia, Poppy, Bethan, Bella and Izzy – each of whom has been catcalled by a man.

The students spoke about their experiences of feeling unsafe, leading all of them to admit they have changed the way they dress in a bid to prevent unwanted attention.

But it's not only students who feel this way as Naga explained that there are countless factors that come into play regarding her outfits if she is heading out alone.

The star explained: "I had an evening where it was dressy and typically I would wear a jumpsuit or maybe a low cut dress and heels. I had quite a bit of angst in terms of how was I going to get home because it was going be a late night."

The radio presenter added: "I thought, 'Do I take the bag big enough so I've got some trainers to be able to walk in and be more stable'. It really got me angry that I was thinking about all these other extra things that women have to think about.

"So the size of my handbag, the coat I was wearing to make sure it was covering me up even though it wasn't particularly cold night, how I was getting home, who I was going to text the taxi number to and who was going to make sure knew that I'd got into a taxi so my journey was covered both ends.

"All those things and it caused quite a bit of angst when I was thinking about the run up to this night out."

Naga went on to say the conversation surrounding women's safety needs to be raised frequently and people's experiences need to be listened to in order to spark change.