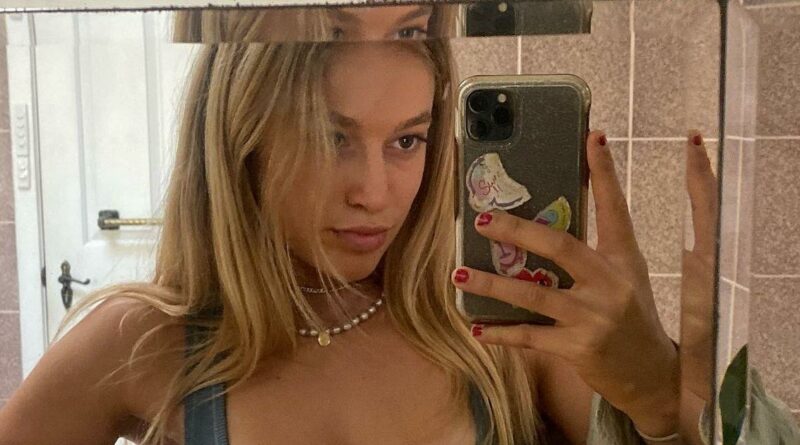 Zima Anderson joined the cast of Neighbours in 2019 as Terese Willis' niece Roxy Willis and has been a popular cast member ever since.

Roxy showed up on the doorstep of her family and Terese agreed to let her stay and take her under her wing and she has been charming viewers with her sense of fun and mischief.

This week in the soap, Roxy and her boyfriend Kyle Canning, played by Chris Milligan, are set to leave Ramsay Street.

The couple are set to move on and start a new life in Darwin after discovering that despite a negative pregnancy test, they’re going to be parents.

Kyle was dead set against the idea of leaving Erinsborough but was persuaded by Roxy that they should move onto pastures new.

But what did Zima do before she graced our screens on Neighbours and what is her background?

Zima, 24, was born in Burnie on the north-west coast of Tasmania in Australia and grew up on her family's farm.

She trained to be a dancer and is a state champion gymnast and coach. At her local high school and college she developed a passion for performing and featured in amateur theatre productions.

While at high school, Zima also became a cheerleader for her local basketball team, before embarking on a television career.

She had an incredible stint as a cheerleader, but her life went on to change after leaving college.

What's more, Zima is model and often takes to Instagram to share stunning snaps of her posing up a storm to her 30,000 followers.

From her dazzling bikini snaps to her teeny outfits, her fans continue to fawn over the stunning starlet and her dazzling photos – and it's not hard to see why.

Zima's followers are a mix of those who adore her from her Neighbours stint and follow her for her mesmerising photos.

Zima made her acting debut in 2019 in the small role of Gideget Mitchell in Australian mini series Ms. Fisher’s Modern Murder Mysteries and soon after she landed her Neighbours role.

Neighbours end in August after 37 years on the air due to production company Fremantle being unable find another UK broadcast partner after Channel 5 decide to stop airing the show.

Discussing the end of the show, Zima said: "I’m so excited to see how it will end!."

"I’m so proud of everyone that is there. It’s such an iconic thing to be the last actors on the show, they should be so proud of themselves.