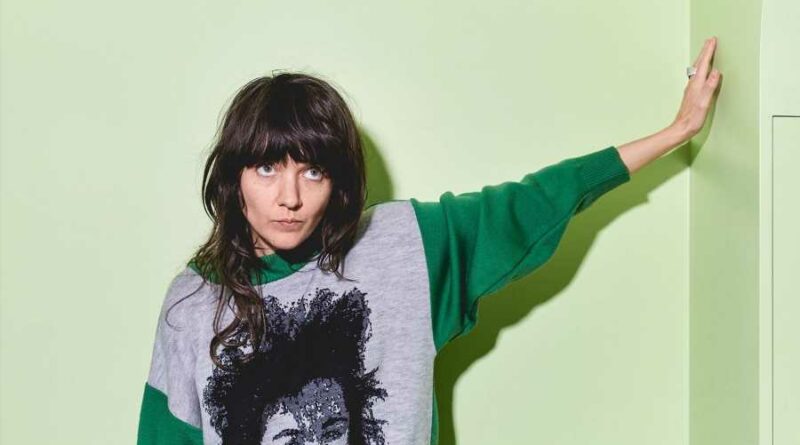 Courtney Barnett’s 2015 debut, Sometimes I Sit and Think, and Sometimes I Just Sit, was the sound of a young artist with the melodic chops of a power-pop whiz, the storytelling skills of a good novelist, and the wit of a highbrow sitcom writer. Barnett could’ve built a career coasting on cleverness, but she’s also an empath who’s genuinely interested in finding her place in a brutal world; her second album, the equally great Tell Me How You Really Feel, had a self-questioning rocker about her modest stardom and a searing song about trying to be patient with creepy fans.

Her brilliant third album, Things Take Time, Take Time, is her most reserved and thoughtful yet, full of everyday observation and wry wisdom — it grows slowly, but pay attention and you’ll grow with it.

The Private Lives of Liza Minnelli (The Rainbow Ends Here)

She opens with “Rae Street,” processing the world out her window in Melbourne, Australia; over deliberate guitar strumming, she connects images of people muddling through life (noisy neighbors, parents teaching a kid to ride a bike) to bigger concerns (“light a candle for the suffering”), landing on a joking assessment of her own ambiguous place in all this: “Hope and prayers, though well-meaning, they don’t mean a thing/Unless we see some change/I think I’ll change my sheets today,” she deadpans.

As the album title suggests, the repetition of life feels real in these songs. “Turning Green” appreciates the change in the seasons; on “If I Don’t Hear From You Tonight,” she sings about reading the Bible (“from left to write”). On “Write a List of Things to Look Forward To,” her list includes a letter from a friend, and waiting for the day when they can hang out and “watch the world burn.”

Barnett’s gently revealed guitar playing is all soft late-night jangle, à la Yo La Tengo and the Velvet Underground — from the hypnotically undulating “Before You Gotta Go” to the watery swirls of “Here’s the Thing.” Her musical partner is ace drummer Stella Mozgawa, creating beats that match and enhance Barnett’s every restrained nuance.

Obviously, this album is touched by the downtime of Covid, but its sense of wonder and worry, bored longing and faint hope, is utterly eternal. So is its sense of humor, always one of Barnett’s most effective weapons against torpor and dread. Sure, the daily grind can get weird, capitalism enslaves us, the world burns. But as she tells a friend on “Take It Day by Day,” the record’s quickest, catchiest song, “Don’t stick that knife in the toaster/Baby, life is like a roller coaster.” It’s a ride she takes at her own sweet pace.