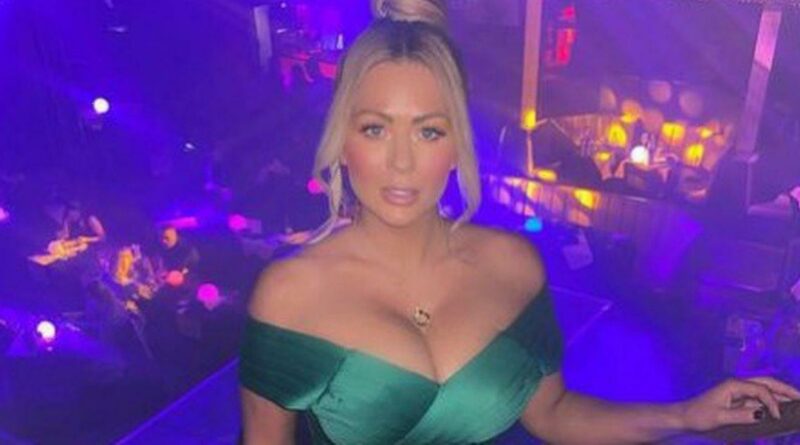 Page 3 legend Nicola McLean has shown off her curves with a "defiant" cleavage snap after cruel trolls flooded her Instagram page with harsh remarks.

But "defiant" Nicola, 41, has urged fans that she isn't bothered by the comments, leaving her fans begging for more cleavage snaps.

Taking to Instagram earlier this month Nicola shared a slew of glamorous snaps where she could be seen wearing jeans and a skimpy black top.

READ NEXT: I'm A Celeb's Nicola McLean hits back at trolls over nasty comments about GG boobs

The glamour model, who is known for her large GG cup breasts, proudly displayed her curves and showed off her cleavage in the snaps.

Garnering some horrible comments from cruel trolls, Nicola then addressed the snaps and responded to the harsh comments.

Urging her followers to "be kind", Nicola penned a caption which read: "These pictures provoked a 'HUGE' reaction and I just wanted to say I find it really sad that it was mainly women leaving such awful comments!"

She went on: "'100% plastic' Paula wrote – did I ever try to claim my 'cartoon chest' was real? 'Why don’t you post pictures with no make up like real lasses?' another lady wrote."

Since then, Nicola has continued to show off her cleavage and curves in the face of the harsh comments.

And on Sunday she decided to post yet another glamorous snap where her cleavage was on full display in an emerald green figure-hugging frock.

"I’m defiant ! Have another cleavage pic," she penned in the caption.

Posing up a storm in the snap, Nicola could be seen looking ultra chic with her blonde locks tied into a bun atop her head.

Leaving fans completely taken aback, Nicola was praised for being defiant, while other begged for more sexy snaps.

"You are truly sexy as hell," wrote one fan.

A third then said: "Show that body off! There's always going to be jealous people… hidden behind a keyboard!!"

While a fifth cheekily asked: "Can I have a few more inboxed to me?"