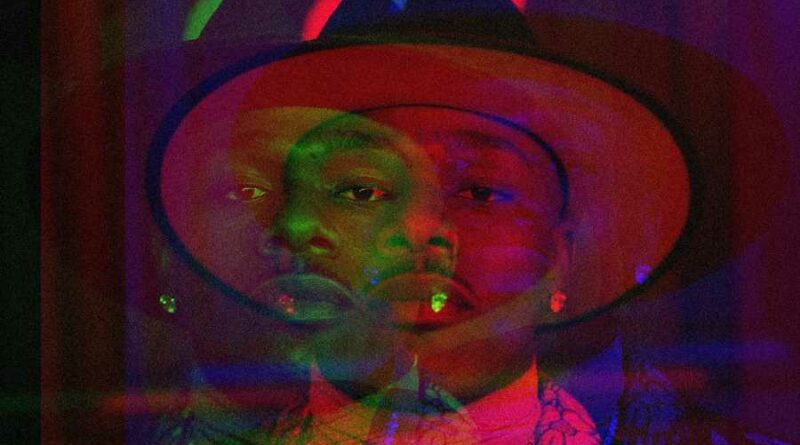 Whether you find yourself the victim of some questionable, unearthed tweets or on the wrong side of a cultural debate, an Apple Notes apology is always at the ready for Instagram. By now no one really takes those sorry beg-pardons seriously, but it shows that the cancel-wary celeb is at least trying to make amends. Then there’s DaBaby, sometime emcee and architect of the be-all, end-all of celebrity non-apologies. After his clusterfuck of faux-apologies, DaBaby’s left those in the queer community no choice but to demand dollars.

The 29-year-old rapper really stepped in it, and continued to smear it all over the place, when on July 25th during the Rolling Loud Miami music festival he made some truly vile comments about gay men and people living with HIV. “If you didn’t show up today with HIV/AIDS, or any of them deadly sexually transmitted diseases that’ll make you die in two to three weeks,” DaBaby advised his audience at the hip-hop-focused fest, “then put your cellphone lighter up.”

He had similar instructions for all the ladies whose “pussy smell like water” and all the fellas who “ain’t sucking dick in the parking lot.” While that completely ignored the fellas that might have been getting their dick sucked in the parking lot, it did inspire someone to launch a “busted ass goddamn Adida” at DaBaby’s puzzled head.

The backlash, much like that busted-ass Adida, was swift. Dua Lipa, who collaborated with DaBaby on a remix to new gay national anthem “Levitating,” problematic diva Madonna, and none other than King Gay, Elton John, denounced the rapper’s comments. Only after he was erased from U.K. festival lineups and dropped from Lollapalooza last weekend, the upcoming Governors Ball, and other U.S. events, did he issue a carefully PR-crafted crisis “apology.” Naturally GLAAD rebuked him and Miley Cyrus has since swooped in to offer her services to educate him on his ignorance. Earlier this week, a group of 11 HIV organizations published an open letter to DaBaby, stating: “[A]t a time when HIV continues to disproportionately impact Black Americans and queer and transgender people of color, a dialogue is critical. We must address the miseducation about HIV, expressed in your comments, and the impact it has on various communities.”

“For someone like me who’s been HIV-positive for over 15 years, and am undetectable, and am thriving as an HIV-positive, Black, gay man, I was shocked and hurt,” Wilbekin tells Rolling Stone. “It’s heartbreaking to hear that from your own community — as a Black person to hear other Black people — saying just awful things about HIV without any information that really, really makes it feel like the death sentence you already think it is.”

That DaBaby is Black also fuels this narrative that Black people are somehow more homophobic than other races or ethnicities — as if homophobia weren’t itself baked into the national identity of people in the United States.

“Homophobia and misogyny are systemic issues in our society and when we talk about them as particular issues in communities of color, it really kind of lets white Americans off the hook for participating in these things, which they absolutely do,” says Dan Royles, assistant professor of history at Florida International University. “This is our culture, our culture is homophobic, our culture is misogynistic, communities of color have that problem because they’re part of this larger culture.”

“People contract HIV by doing things pretty much all of us do, or the overwhelming majority of us do,” says Royles. “HIV does not make you a ‘nasty’ person. I thought that comment was kind of interesting because within a marginalized community, people look at who can they marginalize in the community in order to gain some credibility or respect from the majority.”

Royles, the author of To Make the Wounded Whole: The African American Struggle Against HIV/AIDS, sees in DaBaby’s rhetoric the familiar thread of respectability politics.

“Respectability politics is demonstrating your worth or your value to the dominant culture by marginalizing people in your own community,” Royles explains. “Like saying my fans are ‘respectable’ gays.”

DaBaby went on to issue a flippant “my bad” on Twitter to anyone who’s “ever been affected by AIDS/HIV” and reassuring the LGBTQ community that he’s not “trippin’ on y’all, do you. y’all business is y’all business.”

Even by Twitter standards that’s some weak tea. Wilbekin, a former editor-in-chief of Vibe, is no stranger to homophobia in hip-hop. As a lover of rap, he often found himself “unsettled” by its homophobic and misogynistic overtones. And while the music has grown a little more tame, he still sees DaBaby’s unprovoked comments, and the support he’s received from older rappers like T.I. and Boosie Badazz, as a sort of backlash to Black queer liberation, as exemplified by Lil Nas X.

“If you look at the record industry, there are not many artists that are streaming as much as Lil Nas X, selling as many records as Lil Nas X, or receiving the type of budgets to create the types of videos that he’s doing,” Wilbekin says. “There are not many Black artists period who are given that type of money to create such powerful work that is revolutionary, that is pushing the boundaries of not only how we see Black queer folks, but how we see the Black community.”

Royles also sees DaBaby’s treatment of fellow Rolling Loud performer and current HBIC Megan Thee Stallion — by bringing out Tory Lanez right after a set by Megan, who accused Lanez of shooting her in the foot last year — as a reflection of “some real extreme male fragility.” When the hottest emcees in the game are women like Megan and Cardi and Saweetie, and an unapologetic kween like Lil Nas X, it challenges the hypermasculine posturing that’s been present in much of hip-hop.

DaBaby certainly made matters worse when released a music video for “Giving What It’s Supposed to Give,” which featured that shot of him holding up a sign that reads “AIDS” along with the lyrics: “Bitch, we like AIDS, I’m on your ass, we on your ass, bitch, we won’t go ‘way.” DaBaby added insult to injury by appropriating rainbow letters for a passive aggressive message tagged onto the end of the video: “Don’t fight hate with hate. My apologies for being me the same way you want the freedom to be you.”

That his follow-up apology, in which he, and his harried publicist, denounced those who have been working against him and thanking those who “came to me with kindness” and offered him “wisdom, education, and resources,” left many an eye rolling.

“I want to give people the benefit of the doubt,” Royles contends. “But if people have apprised you of resources about HIV, how about sharing those resources? You have a platform, use it responsibly.”

Royles notes that Miami, where the Rolling Loud festival took place, has one of the worst HIV epidemics in the country, nearly four times the national average.

“If you are sorry, and you should be, and if your label is concerned, and they should be, then how about giving some money to the organizations that are doing the work on the ground that really need it?” Royles says. “There are organizations in Miami that could really use support.”

Of all of DaBaby’s terrible missteps, his brazen ignorance is perhaps most galling, especially when considering the devastating impact of HIV/AIDS on the Black community, a reflection of the need for proper sex eduction in our schools.

“The numbers of HIV infections in the U.S. have been increasing among younger Black folks,” adds Wilbekin. “DaBaby is literally shaming his fans who may be living with the virus and creating stigma that psychologically and emotionally impacts some of the most vulnerable in our community.”

Stigma is what keeps people from going to the doctor, from taking medication, or speaking to their partner about safe sexual practices. “These are all things that keep the epidemic going,” says Royles.

On the surface, DaBaby’s bizarre call to raise lights in the name of parking lot heterosexuality or not having HIV (or having an odorless pussy) at Rolling Loud was just another case of a celebrity putting their foot in their mouth, and the subsequent reaction is just another case of cancel culture gone wild. It might be easy to dismiss because it’s DaBaby, he joked about Megan The Stallon getting shot in the foot, then brought out her assailant on the same stage which she had just appeared. This is not a man known for great decisions.

But he is a man, 29 full grown years old, and a man with a very large platform, so what he says has real world consequences. That it took him so long to apologize clearly indicates a true lack of remorse, or understanding, and so his apology—if you want to call it that—is useless. We don’t need apologies. We’re tired of apologies. To be Black and queer in this country is to constantly have to apologize for your own presence, to constantly assert your own value, and to constantly watch others dismiss you entirely. An apology ain’t doing shit for anybody. Instead, speak the only language that carries weight in this country: cold hard cash.

Should DaBaby actually want to prove any sort of emotional growth, I’m sure any of these organizations, recommended by Royles, servicing the Black queer community in the South, where HIV rates are highest, would gladly accept his monetary support: AIDS Alabama, My Brother’s Keeper, Pridelines, and Maven Leadership Collective

To paraphrase the great Thee Stallion: Get on that cash shit, ah.