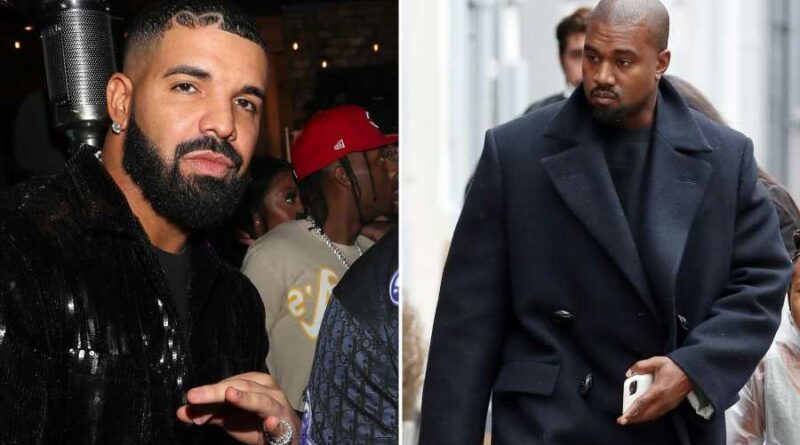 It’s all fun and games until someone gets their address posted to Instagram. Early this morning, Kanye West shared a screenshot of a map to Drake’s Toronto home on his feed. While he did not identify the location as Drake’s home explicitly, the address in Toronto’s Bridle Path neighborhood has been previously reported as Drake’s by outlets like the Toronto Sun and iHeartRadio Canada. What’s more, the OVO boss’s owl logo could be seen in a landmarking photo on the map that Kanye uploaded. Kanye quickly deleted the post, but not before amassing over 2,700 comments and 1,300 likes. Drake posted an Instagram story of himself laughing in a moving convertible after the ordeal.

Ye’s post comes after a weekend of apparent barbs tossed back and forth between the two stars. On Saturday, Trippie Redd unveiled his first-ever collaboration with Drake, “Betrayal,” the only addition to an expanded version of his album Trip at Knight, which was released the day before. Many hear Drake sending verbal shots at Kanye West in his verse, where he raps, “All these fools I’m beefin’ that I barely know/ 45, 44 (burned out), let it go/ Ye ain’t changin’ shit for me, it’s set in stone.” While the first word of Drake’s last bar isn’t entirely clear, Kanye is 44 years old according to the Associated Press. Drake is 34.

Hours after “Betrayal” dropped, Kanye posted what looked like a cryptic group iMessage screenshot to Instagram. “I live for this,” said the sender. I’ve been fucked with by nerd ass jock niggas like you my whole life. You will never recover. I promise you.” The subtle threat was preceded by a still of Joaquin Phoenix as the Joker and sent to a group of eight, one user identified with a large “D.” A “Pusha” was also added to the conversation, leading to speculation that Drake and Pusha T were among the recipients. Though the iMessage grab has also been deleted from Kanye’s Instagram page, images of it have circulated widely online.

Fans are still waiting on Kanye West to release his upcoming album, Donda after previewing it twice in Atlanta’s Mercedes-Benz Stadium. He’s slated to host another event in Chicago this Thursday. Drake’s next announced album, Certified Lover Boy, has yet to be released after he initially planned for a January 2021 drop date. While sharing that he instead would take time to recover after surgery, Drake noted that the album would come sometime this year.