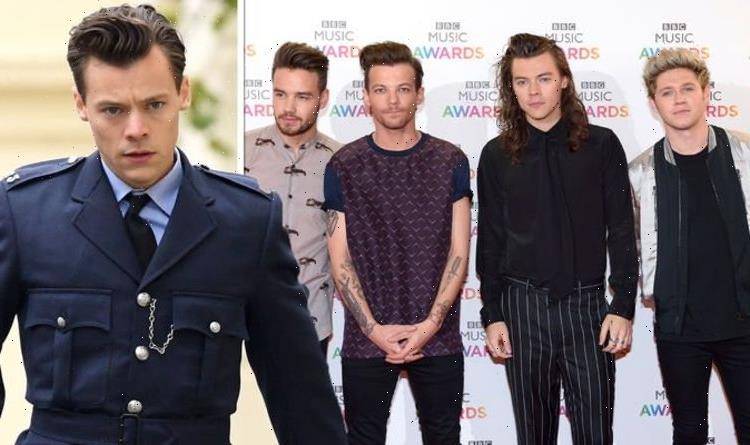 Harry Styles has been the talk of the town lately after it was revealed he will be joining the Marvel Cinematic Universe in the near future after a reported cameo in Eternals. Since One Direction broke up in 2015, the British star has been bolstering his CV by appearing in a number of films. He started off in Christopher Nolan’s wartime epic Dunkirk, and will soon be playing the main star of Olivia Wilde’s Don’t Worry Darling, opposite Black Widow’s Florence Pugh. This has pushed chances of a band reunion to the side, however.

He commented on the reunion of fellow British boyband Take That, where he said: “I remember going to see [Take That] at Wembley and they smashed it out of the park.

“I am hoping we can do the same but all good things take time. Hopefully it will come back either bigger or better.” (Via Hits Radio)

It doesn’t look like that could happen anytime soon, however, as the odds for 1D’s reunion has worsened in recent weeks.

Currently, Ladbrokes have a One Direction reunion at 5/2.

These One Direction odds are specifically focused on the next 12 months, so anything could change after that.

Ladbrokes’ Alex Apati said: “It’s bad news for Directioners; while we’ll soon be seeing more of Harry Styles on our screens, his busy schedule means a 1D reunion in the next 12 months now looks less likely than ever.”

It was recently reported that while the Watermelon Sugar singer has already cameoed in one MCU movie, he has signed on for even more.

Giant Freakin Robot recently stated: “Harry Styles is set to become a major part of the Marvel Cinematic Universe. Audiences should expect to see a lot more of him.”

The publication added: “He’s been talking to Kevin Feige, the head of Marvel, who promised big things for the actor’s future. A solo project for Starfox is a possibility on the table.”

They added: “It sounds like Harry Styles is being set up for a massive future in their cinematic universe, something comparable to Nick Fury’s many appearances.”

Styles is certainly going to be very busy once he gets started on these reported “five” Marvel movies – not to mention his ongoing solo artist tours.

Because of both of these factors, it is very unlikely he would stop everything just to kickstart the band he has already quit once.

A reunion is never completely out of the question, however.

Fellow 1D star Louis Tomlinson spoke candidly about his time in the band earlier this year.

Speaking in March, the singer recalled first appearing on the X Factor, where the band was formed.

Tomlinson told his followers: “11 years since my first audition! I had no idea on that day just how much would have changed between then and now.

“Thank you to everyone who’s been there for me along the way! We’re only just getting started!”

The band went on an indefinite hiatus in 2015 after Zayn Malik quit the band.

Shortly thereafter, the band announced they were officially splitting up.