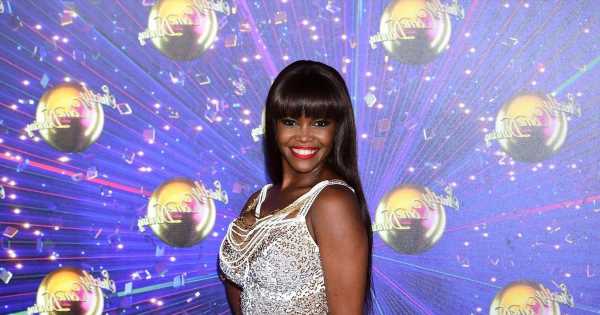 The Strictly Come Dancing professional dancer has landed the judging role after starring on the BBC prime-time TV show for six years.

The 31-year-old is replacing John, 54, after he was axed following allegations he exposed himself on the sets of BBC's Doctor Who and spin-off show Torchwood.

The pro dancer will sit alongside Olympic ice-skating legends Jayne Torvill, 64 and Christopher Dean, 63, and Diversity's Ashley Banjo, 33 on next months series.

Bosses are also considering guest judges on the panel later as the series progresses.

It is rumoured former Strictly judge Arlene Phillips, 78, is in the line up to join the expert judges.

A TV source told the Sun on Sunday: “Signing up Oti is a brilliant coup for ITV bosses. They’re really excited about her joining the show.

“She has excellent dance experience and technical knowledge, an infectious on-screen energy and has a massive fanbase from her time on Strictly, which helps draw viewers."

Oti has adored her time on the BBC show however, the move is the next big step for her career.

The source continued: "She’s not cutting ties with the Beeb altogether and is open to more future projects.

“But she’s looking forward to having a well-earned break over Christmas so she can get stuck into Dancing on Ice next month.”

Oti's future on Strictly is currently unknown until February when the shows contracts negotiation takes place.

She has won the Glitterball trophy twice with comedian Bill Bailey last year and actor Kevin Fletcher in 2019.

In this years competition, she left earlier than hoped after being partnered with sports pundit Ugo Monye, 38.

Oti has proved her worth as a TV judge previously appearing on The Greatest Dancer panel and The Masked Dancer.

The pro dancer has previously doubted her future on Strictly, she admitted: “I love to dance. But I think that will be the last one.

"To be part of a show like Strictly, which is so diverse in every sense of the word, is incredible. But honestly, as a woman, I can’t be dancing forever.”

The south African-born star is married to Romanian dancer Marius Lepure, 39, and she plans to continue with her BBC projects including her Radio 4 and BBC Sounds podcast Dancing Legends.