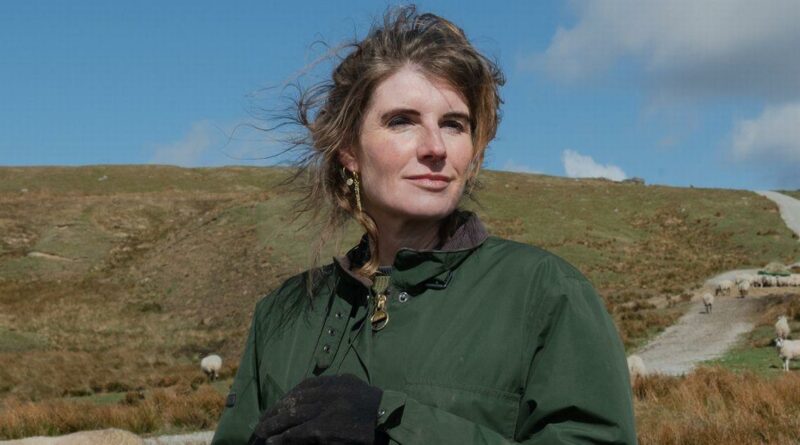 Our Yorkshire Farm's Amanda Owen says pregnancy came as a surprise to her, as she mistook it for "middle-aged spread."

Mum-of-nine Amanda, 46, said she mistook the "unusual symptoms" of one of her last pregnancies with Nancy, who is now four-years-old.

The 46-year-old shepherdess has a huge brood of children that she shares with husband Clive, 66, and despite her vast experience of pregnancy she was still caught by surprise.

The star admits to being surprised when the doctors confirmed the news, as she had been none the wiser that pregnancy was the cause.

She recalled the experience in her book, Tales From the Farm.

Not only was she pregnant, but she was actually an incredible 23 weeks along.

Amanda explained: "To his credit, the doctor didn’t leave me wondering for long.

"After two days of me making a conscious effort to not google the possibilities, he rang.

“‘I’ve made you an appointment to see the midwife,’ he said. A week later I was back in the surgery.”

Amanda said she was the only one who was in the dark about the whole thing: “‘Not that surprised to see you back,’ my midwife said, smiling.

“I explained that it was actually all a bit of a surprise to was as there had been none of the usual symptoms and that, up until very recently, I had assumed that it was middle-aged spread.”

She continued: “‘Well we won’t get an exact date until you go for a scan,’ [the midwife] said, ‘But we’ll have a listen now and see what’s what,’

Amanda remembers the exact moment when she found out how far along she was.

“I laid back on the examination bed as she ran her hands and then the Doppler, over my tummy. I was quiet, listening hard, then, through the crackling interference, we both heard a familiar noise. She smiled.

‘There we go, just a guess but the fact that I can hear such a strong heartbeat would tell me that you’re around 20 weeks.’

“I was flabbergasted; I must admit that at this point I doubted her. Five months!”

Amanda said she had to go home and tell Clive the happy – but unexpected- news.

She wrote: “I went home to relay the news to Clive that he was going to be a daddy again, and soon.

"My midwife was right, I was that far along and then some.”