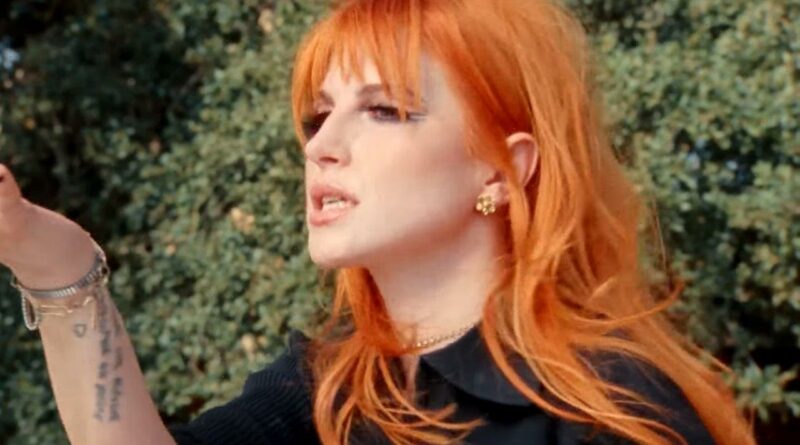 The track, which mark the band’s first release since their 2017 album, ‘After Laughter’, will appear on their upcoming album of the same name that will arrive next year.

AceShowbiz –Paramore is back with new music. On Wednesday, September 28, the rock band released a new song called “This Is Why”, marking their first release since their 2017 album, “After Laughter”.

The track arrived along with its music video. The earth-toned clip, which is filmed in Malibu last month, features performances from all three members of the group, Hayley Williams, Zac Farro as well as Taylor York.

On “This Is Why”, Hayley sings about challenges she has faced as the band’s vocalist, including constant pressure of being famous. “If you have an opinion/ Maybe you should shove it/ Or maybe you could scream it/ Might be best to keep it,” she sings. “To yourself/ To yourself.”

“This is why I don’t leave the house/ You say the coast is clear/ But you won’t catch me out,” the 33-year-old songstress goes on in the chorus. “Oh, why?/ This is why.

The track will appear on Paramore’s upcoming album of the same name, which will be released on February 10 in 2023. Speaking of the song, Hayley shared, ” ‘This Is Why’ was the very last song we wrote for the album. To be honest, I was so tired of writing lyrics but Taylor convinced Zac and I both that we should work on this last idea. What came out of it was the title track for the whole album.”

“It summarizes the plethora of ridiculous emotions, the rollercoaster of being alive in 2022, having survived even just the last three or four years,” she added. “You’d think after a global pandemic of fucking biblical proportions and the impending doom of a dying planet, that humans would have found it deep within themselves to be kinder or more empathetic or something.”

Before dropping their new album, Paramore will go on their first tour in more than four years. They will kick things off on October 2 in Bakersfield, California at the Mechanics Bank Theater. So far, their last show is scheduled on November at Corona Capital Festival 2022 in Mexico.