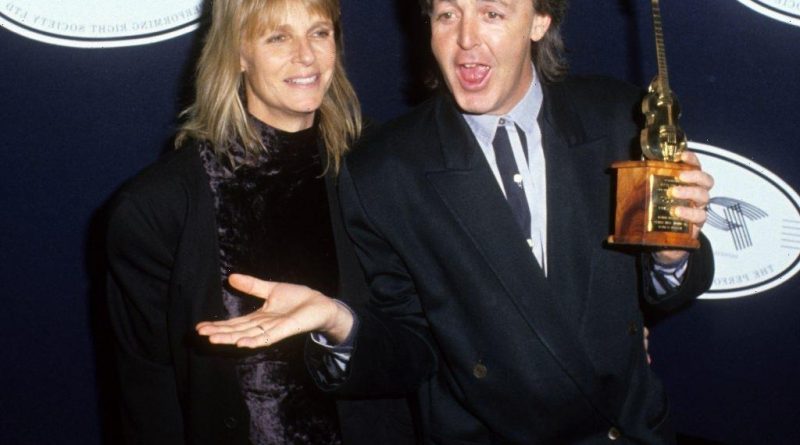 Paul and Linda McCartney had one of the most famous celebrity realtionships ever, so it only makes sense they fell in love with a song during the same night they met each other. Paul found the song very mysterious and thought it was inspired by the work of another famous musician. Here’s what he and Linda had to say about the song.

According to the book Paul McCartney: Many Years From Now, Paul heard Procol Harum’s “A Whiter Shade of Pale” for the first time the night he met Linda and he was taken with its lyrics. “It was the first evening any of us had ever heard a record called ‘A Whiter Shade of Pale’ with words about feeling seasick,” Paul said. “The lyrics were all very strange and poetic and the theme was a famous Bach theme but we didn’t know that. We just thought, ‘God, what an incredible record!’ It was sort of a marker record. It was a benchmark.”

Was Paul McCartney right about Procol Harum’s ‘A Whiter Shade of Pale’ being based on Johann Sebastian Bach?

Was Paul correct in his assertion “A Whiter Shade of Pale” was based on the music of Bach? According to Loudersound, he was –to an extent. Procol Harum member Gary Brooker said he was was interested in the Jacques Loussier Trio and the Swingle Singers. Both groups made tunes based on Bach’s music. Broker used “Air on the G String,” August Wilhelmj’s adaptation of Bach’s Orchestral Suite No. 3 in D Major, as his inspiration for “A Whiter Shade of Pale.” While Bach wasn’t the only inspiration for the song, it wouldn’t exist without one of his suites.

Paul was initially unaware the song was based on Bach — and he was initially unaware of who sang the song. “And we were all trying to guess who it was,” he revealed. “So we had to go to the booth and ask, ‘What was that one you just played?’ and he said, ‘Oh yes, ‘Whiter Shade of Pale’ by Procol Harum. ‘Procol what? Is it Latin or something?’ And there were rumors around about what that meant. So all the mystery of the evening.”

Some have claimed Procol Harum’s name is a phrase in Latin. However, this is not the case. According to the book Procol Harum: Beyond the Pale, the band was actually named after a cat that belonged to the friend of the band’s former co-manager.

What Linda McCartney thought of ‘A Whiter Shade of Pale’

Paul wasn’t the only one to comment on “A Whiter Shade of Pale.” According to Paul McCartney: Many Years From Now, Linda said “The minute that record came out, you just knew you loved it.” “A Whiter Shade of Pale” remains one of the most well-known baroque songs of the 1960s — and it soundtracked a special moment in Paul and Linda’s relationship.