Paul McCartney headlined the first night of Austin City Limits on October 5th with an epic show in Zilker Park, high-energy even by his standards—even in the withering heat, this most unwitherable of rock legends just hates to put down his guitar and leave the stage. The sweat was visibly pouring off him, but his only concession was taking off his jacket and rolling up his sleeves after “I’ve Got A Feeling.” The communal vibe of a McCartney show is perfect for this festival: 60,000 people swaying in a field of grass, under the stars, singing “Hey Jude” together. That’s the way this song was always meant to be heard, and nobody understands that better than the guy who wrote it 50 years ago. (“It sounds like the whole world is singing,” he raved somewhere around the 73rd “na na na na.”) In the Texas of October 2018, where Betomania is the new Beatlemania, there was something inspiring about standing in the middle of such a massive crowd, lit up by Paul’s unflagging spirit. See how he runs.

The night’s emotional high point: McCartney did a touching tribute to Beatles engineer Geoff Emerick, who died earlier in the week. “I’d like to dedicate this to one of our fallen heroes,” he said. “Our engineer, a buddy of mine, Geoff Emerick. Bless you, Geoff.” Then he did “Being for the Benefit of Mr. Kite” from Sgt. Pepper—a perfect pick, since it’s a song defined by the studio magic that Emerick and producer George Martin conjured up for the Beatles’ trippiest excursions, in the heat of collaboration. “Mr. Kite” is the song where John famously asked them to create a carnival vibe where the listener “can smell the sawdust on the floor.”

Macca has been on an insane roll as a live performer—just a few weeks ago, he blew the roof off New York’s Grand Central Station, and he’s just been touring Canada (wowing them with “Michelle”). He played almost three hours in Zilker Park, and every time the heat tempted you to sit down on the grass and catch your breath, you had to notice how the 76-year-old guy onstage had more energy than anyone else in sight. He began with his usual one-two punch—the Beatles riot-starter “A Hard Day’s Night” and the Wings deep cut “Hi, Hi, Hi.” “We’re gonna get hi, hi, hi in the midday sun” was the right hook for this occasion, since some of the crowd seemed to have spent their afternoon executing this game plan.

“I’ve Just Seen A Face” was the Beatle classic that brought on the most euphoria, though “From Me To You,” “Helter Skelter” and “I’ve Got a Feeling” weren’t far behind, and neither were Wings rockers like “Let Me Roll It.” He did two songs from his new chart-topper Egypt Station, “Come On To Me” and “Fuh You,” though this crowd would have been into more eccentric tracks like “Confidante” or “Dominoes.” He didn’t mention the other surefire chart-topper he has coming up next month—the staggering new White Album box set, with hours of previously unheard outtakes and demos—but he did the album-opener, “Back in the U.S.S.R.,” even if that one sounds a little on the nose these days. 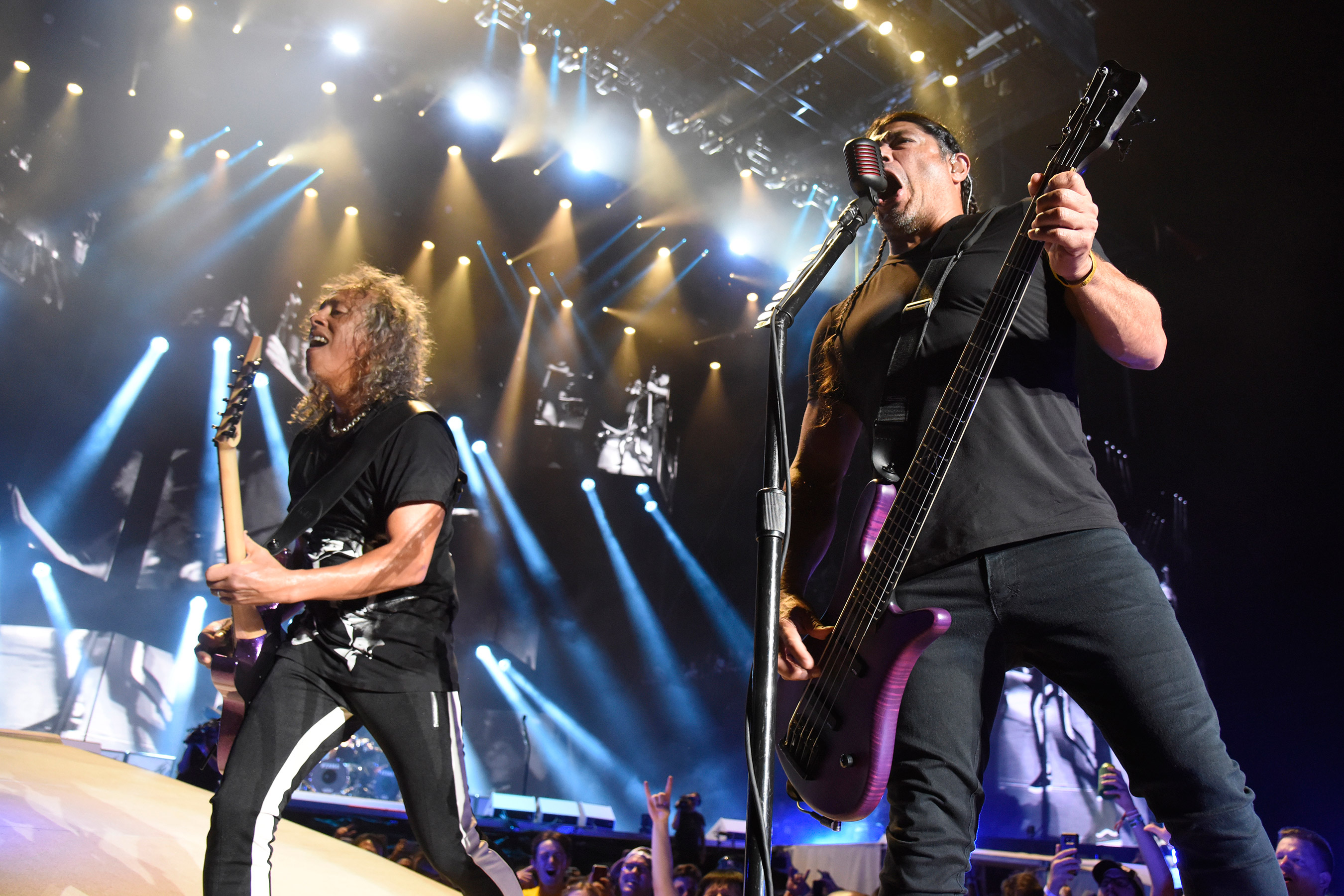 The mood was definitely enhanced by the rowdy fans, since Austin City Limits draws a multi-generational, multi-cultural crowd, including plenty of sassy seniors who’ve been screaming for Paul since The Ed Sullivan Show. When he sat at the piano for “Maybe I’m Amazed,” the lady behind me yelled, “Lindaaaaa! I’ve been waiting since fucking 5 a.m. for this shit!” “Maybe I’m Amazed” had Linda-filmed footage of Paul, in the famous 1970 album-cover pose where he’s the bearded hippie dad cradling their baby in his leather jacket. Afterwards, Paul said, “That baby in my jacket? She now has 4 kids of her own.”

Another emotional highlight: Paul alone onstage with his acoustic guitar, singing “Blackbird,” a classic that 60,000 strangers can sing on the spot with zero prompting, and then going into “Here Today,” his intensely private elegy to John Lennon. (“Let’s hear it for Mr. Lennon!”) “Here Today” is a song virtually nobody seems to know or sing—but like “Blackbird,” it’s a statement he feels driven to make every night. He also paid tribute to George Harrison, playing “Something” on a ukulele his old Beatle mate gave him. “My Valentine,” for his wife Nancy Shevell, has grown into one of his big theme songs. “My Valentine” was already great in its 2012 studio incarnation, but over the years, the longer Paul keeps singing it, the more soul he brings to it. By now it sounds like a grand statement on the level of Leonard Cohen’s “Tower of Song”—a veteran songwriter sums up everything he’s about, with a deceptively simple-sounding love ballad nobody else could have written.

Nobody really knows what drives this man on the run to keep topping himself. When he came back after “Hey Jude” for the encore (the whole “Golden Slumbers” medley!), he asked, “Do you want a bit more?” Everybody did—yet it was clear that none of us wanted it as badly as Paul. We should all want anything as much as he wants to play one more song. He danced and skipped off the stage—after spending most of the past six decades onstage, this is a guy who still hates when it’s time to say goodnight tonight. There’s a wisdom there, way beyond simple crowd-pleasing. Looks like the world is going to need another 60 years to start figuring out Paul McCartney. He’s falling and falling, while we keep calling him back again.