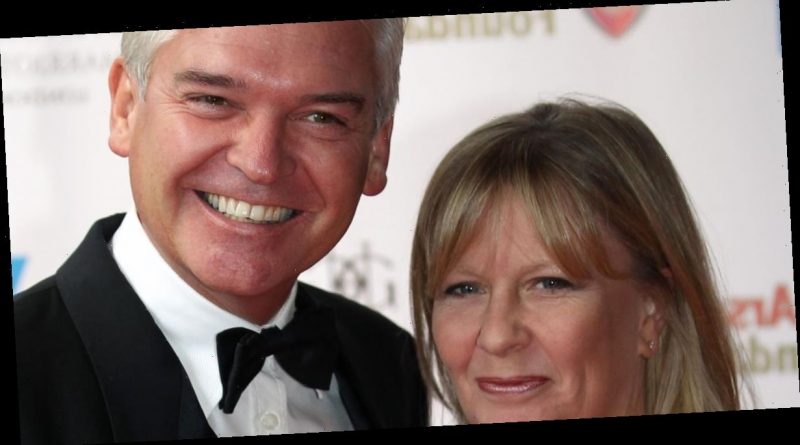 Phillip Schofield has splurged almost £1million on buying a house with his business partner wife despite getting his own pad after he came out as gay.

The This Morning host, 58, made the purchase through a company jointly opened in 2019 with loyal missus Stephanie.

New accounts for Fistral Properties show he recently sank £839,428 of his cash into property.

A source said: "This is yet another symbol of their continuing professional and personal partnership – it looks like divorce is a long way off."

Phillip – who said he was homosexual last year live on This Morning – owns 50% of Fistral Properties with Stephanie.

It was named after Fistral Beach in Newquay, Cornwall, close to where Phillip was raised and where his "amazing" mum Pat still lives.

It was expected the couple would split after the presenter came out.

Instead, they stayed together through the first of the repeated Covid lockdowns and were joined last summer by daughters Molly, 27, and Ruby, 25, enjoying murder-mystery parties and barbecues.

The family shared a £2.6million pad in Henley, Oxfordshire, where their neighbours included Colin Firth and Dec Donnelly.

Soon after coming out, Phillip started living in a central London apartment with views of the city’s Shard as he commuted to ITV’s studios in White City.

The host uses the company Fistral Productions to handle his huge presenting earnings.

Stephanie, 56, has also been confirmed as remaining in her director role at that company for another 12 months from December, with her and Phillip controlling 50% of its shares each.

With a personal fortune estimated at £9million, Phillip gets around £2million a year from his hosting jobs, which on top of a reported £600,000 for This Morning include Dancing On Ice and lucrative ads for firms including We Buy Any Car.

He also produces his own wine and owns a picturesque property in the Algarve, Portugal, described as "every family’s dream".

Figures filed in the summer showed Fistral Productions had net assets of £2.5million, with more than £1.8million of it in cash.

Phillip has declined to comment on whether the new property is to use as his own bolthole or as a rental investment.

But he has stressed top of his priorities is that his wife "is OK".