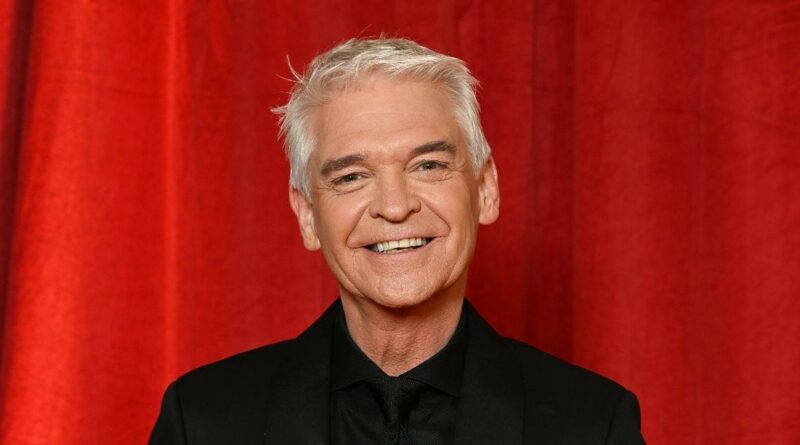 This Morning star Phillip Schofield was left in a fluster after his attempt to position a face mask went seriously wrong.

Just hours after hosting the ITV show alongside Holly Willoughby on Tuesday (June 21), the 60-year-old presenter settled into bed for a pamper session.

However, it wasn't exactly relaxing for Phillip as he struggled to position a transparent mask on his face.

Documenting the ordeal, the star filmed himself as he reclined in his bed while attempting to apply the Bro Mask correctly.

Smoothing and tugging at the the mask, he complained: "I'm so rubbish at this! I can't smooth it out. It's stuck in my eye.

"This is definitely going to need practice here."

Phillip was still in the same position 20 minutes later, telling fans: "Ive got all the wrinkles out. There was more wrinkles in the mask than my face!"

Phillip continued to moan at the camera as the mask began to slip down his face.

"I think I should have been standing up to do this," he remarked.

In the end, Phillip accepted defeat as he collapsed into laughter and shared a snap of the abandoned face mask on his bathroom floor.

Phil's failed spa session comes after he broke down in tears during an interview with Dame Kelly Holmes on This Morning earlier this week.

The Olympic gold medallist appeared on the show to discuss her sexuality after coming out as gay.

As Kelly struggled to hold back the tears, Phil admitted: "You said yesterday in your Instagram that you were scared, and I replied 'Don't be scared, it will be okay'."

The choked-up presenter had to take a second as he began to cry.

He later reflected on the time it was him in that position when he came out to the world in February 2020.

"It's not that long ago that I sat in exactly that place and we said one day we won't have to do these interviews, one day it won't matter," Phillip recalled.

"However we're not quite there yet, but every single time somebody does this publicly and makes it okay and proves that it's okay, then that makes it easier for other people."