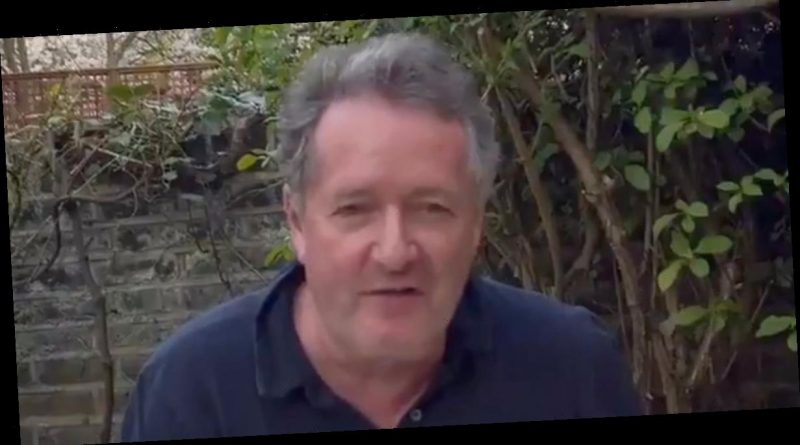 Piers Morgan has taken to social media to beg fans to buy his book now that he is an “old jobless man”.

He posted a video on his Twitter and Instagram accounts telling his fans that the best way to “stick it to the cancel culture mob” was to get his book, Wake Up, to number one and “get back to what made Britain great.”

Speaking in front of a bookcase laden with copies of his book Piers said: “Ok it’s gone midday, so I can tell you now that I’m not actually going back to Good Morning Britain, that was just a little April Fool’s Day but oh did I catch some big fish with this one, most amusing.

"It’s also the publication day for the paperback of my book Wake Up, which is a call for a defence of freedom of speech and the right to have an opinion and an end to this ridiculous cancel culture that is currently wrecking our society."

Piers continued: "Let's get back to what made Britain great, the ability to disagree with each other and then go and have a pint in the pub, not try and wreck each other’s lives for difference of opinion.

"And you know what I can’t think of a better way to stick it to the cancel culture mob and to take the paperback of my book to number one as well. So help an old jobless man in his hour of need,"

He previously seized the opportunity of April Fool’s Day to prank his 7.9 million followers on Twitter saying he was going back to Good Morning Britain after he sensationally quit last month.

He quit the show after becoming embroiled in scandal after his comments on Meghan Markle’s Oprah interview were met with thousands of Ofcom complaints.

Piers joked: “UPDATE: Following the Archbishop of Canterbury's confirmation that Meghan Markle was talking a load of old flannel in her Oprah interview, ITV just offered me my @GMB job back & I've decided to accept.

“The nation's prayers have been answered. See you Monday!”

Meanwhile, GMB viewership had continued to drop down, causing petitions to be raised by fans asking for Piers to return to the show.

Speaking to Deadline he said: “Piers is a special thing. You can’t replace somebody like him. There is nobody like Piers, for good or bad.

“We have a roster of presenters, including Ben Shephard, Susanna Reid, Charlotte Hawkins, and Kate Garraway.

"They’re all stepping up and doing a few more days than they would have done… We’ll mix and match until we feel what the right thing is to do. There isn’t a single person who can replace him."