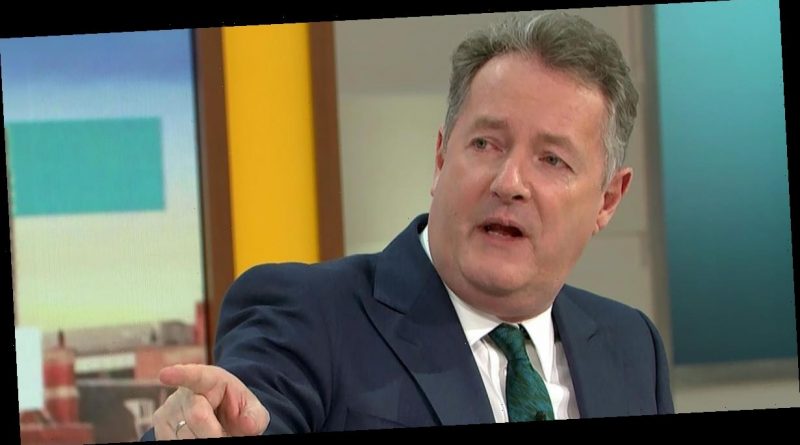 The dynamic duo, both 29, took to their official and shared Twitter feed to rally up online troops to seemingly take a stand against the former Good Morning Britain host.

Their furious tweet read: "Get that Winston Churchill statue and f*** it into Piers Morgan's back garden it has no place in today's society."

An angry and outspoken Piers ferociously fired back at them and branded them "gormless and tuneless" as shots were fired on social media.

Re-sharing Jedward's original tweet, Piers wrote: "A) I'd be honoured to have that statue in my garden.

"B) Churchill saved Britain from the Nazis and contributed more to society every time he breathed than you talentless disrespectful clowns have done in your combined 58 years of gormless tuneless imbecility."

During the Black Live Matter protests last year, there were calls for Winston Churchill's statue to be defaced after petitions were launched to remove statues of controversial people around the UK.

One online user fumed: "Read your history. Not as black and white as that."

Another quipped: "Politically, I now identify as Jedward."

While a third vented: "Harry actually did two tours of Afghanistan on behalf of our country, doesn't stop you going in balls deep on him."

The Duchess of Sussex aired her grievances in the tell-all discussion, citing how racial and mental health issues were a driving force in stepping back from the Royal Family.

Piers had been vocal in the past about his thoughts and feelings towards Meghan and after the interview he certainly didn't hold back either.

This irritated weatherman Alex Beresford, with the pair going head-to-head live on the breakfast show – resulting in Piers storming off and later handing in his notice.

Reflecting on the unfolded drama, Piers remained defiant and refused to apologise for his Meghan Markle comments.

Sharing a quote and a picture of Winston Churchill, Piers tweeted: "On Monday, I said I didn’t believe Meghan Markle in her Oprah interview.

"I've had time to reflect on this opinion, and I still don't. If you did, OK.

"Freedom of speech is a hill I’m happy to die on. Thanks for all the love, and hate. I’m off to spend more time with my opinions."