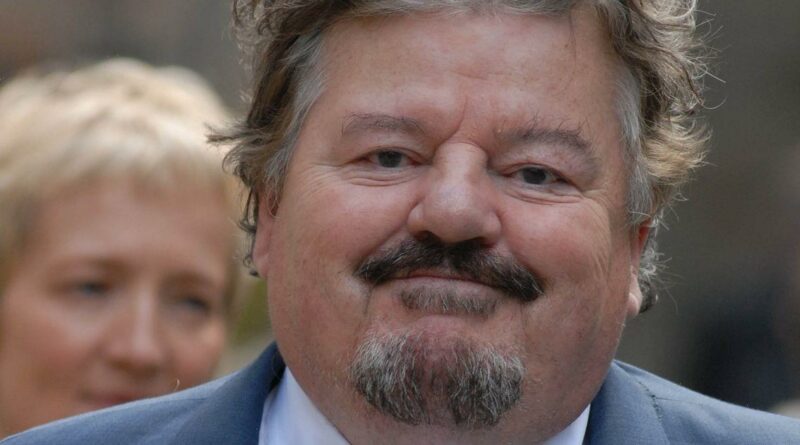 Piers Morgan has claimed that Robbie Coltrane once squared up to him and threatened to hit him.

Cracker and Harry Potter actor Robbie died on Friday aged 72, with his Hogwarts co-stars among those leading the tributes.

Daniel Radcliffe shared fond memories from the set, saying: “Robbie was one of the funniest people I’ve met and used to keep us laughing constantly as kids on the set.

“I’ve especially fond memories of him keeping our spirits up on Prisoner of Azkaban, when we were all hiding from the torrential rain for hours in Hagrid’s hut and he was telling stories and cracking jokes to keep morale up.”

Emma Watson added Coltrane “could fill ANY space with his brilliance”.

However, Morgan recalled that the actor had once threatened to fight him in The Ivy.

LadBible reported that an extract from Morgan's memoir explained: "Now this fact sometimes surprises me: I've been punched by only one celebrity, ever.

“Despite 20 years of taunting, exposing and mocking famous people, only Jeremy Clarkson has ever actually landed one on me.

"But at 11.31pm tonight, I was fairly sure I was going to receive my second celebrity fist in the kisser, when Robbie Coltrane stood up in the middle of The Ivy restaurant in London, stared into my eyes with the kind of evil intent that puts Joe Calzaghe to shame and informed me: 'I'll f****** do yer, yer f***ing w****r.'

“Quite how things got to this stage remains a mystery, as I have never met Mr Coltrane before in my life, and to the best of my memory have never had any run-ins with him on any of the newspapers I have worked on."

Morgan said he was a fan of Coltrane's work, describing Cracker as a “brilliant series”, although the feeling clearly wasn't mutual.

The broadcaster continued: "But I feared this admiration society might not be entirely mutual when I was led towards my table and Mr Coltrane, sitting two feet away, greeted my arrival with the words: 'OH F****** HELL! NOT THAT F****** W*****!'

“I turned to see who he was talking about, and then realised his drooping, inflamed eyes were looking at me."

Morgan claims he attempted to introduce himself before being advised to go back to his table “if he knew what was good for him”.