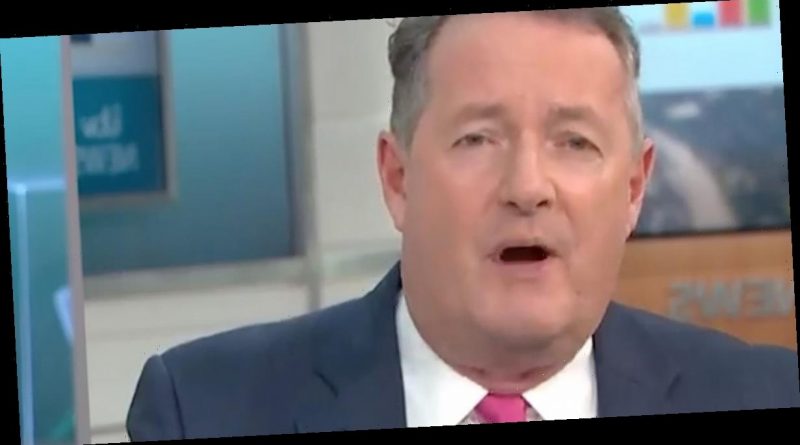 Piers Morgan called for his former pal Donald Trump to be removed as US president after his supporters stormed the US Capitol building.

Senators were evacuated from the building in Washington DC- America's equivalent to the Houses of Parliament.

Politicians have also been forced to shelter in offices, as police outside were overwhelmed by crowds clashing with cops.

The building is now in lockdown after protesters made it inside and there are unconfirmed reports that a woman has been shot in the chest during the violent invasion.

After Trump called for U.S. Capitol supporters to remain peaceful, the Good Morning Britain star called for him to be removed from office. The presenter also blames him for the alleged shooting at the Capitol building.

Trump tweeted: "I am asking for everyone at the U.S. Capitol to remain peaceful. No violence! Remember, WE are the Party of Law & Order – respect the Law and our great men and women in Blue. Thank you!"

But Piers retweeted the post and said: Too f**king late. A woman’s been shot in this carnage and it’s all on you. This is not reality TV, this is real life. Get on TV now, admit you lost the election, & call off this insanity. And then get out of the White House."

The loudmouth presenter later tweeted: "President Trump must be removed from office with immediate effect."

Trump and Piers had previously been on friendly terms, with the presenter even scoring a sit-down interview with the US president in 2018.

But things turned sour in April last year when the US president suggested injecting coronavirus patients with disinfectant to treat the deadly illness.

Two sources have said the victim at the Capitol building is in a critical condition, CNN reports.

Images circulating on social media appear to show a woman with a serious injury to her neck being carried out of the building.

There are also reports that multiple police officers have been wounded.

Hundreds of people wearing Trump's signature MAGA merchandise and military gear showed up at the March to Save America rally, according to eye witnesses at the scene.

Many of them reportedly belonged to far-right organisation the Proud Boys, which has a history of violent events.

Trump has been fanning the fury of his supporters for weeks by insisting the 2020 election was stolen from him despite no evidence to support this claim.