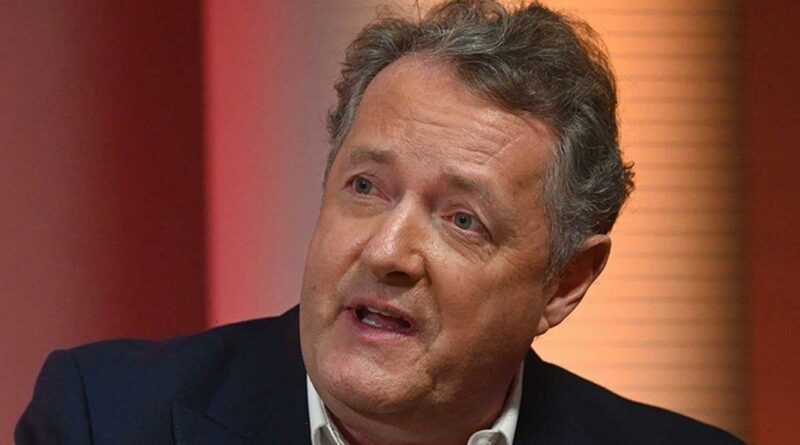 The TV presenter quit Good Morning Britain last year over his comments in the wake of Meghan Markle's bombshell interview with Oprah Winfrey.

He walked off set live on air during filming of the breakfast show back in March 2021.

TalkTV star Piers made dismissive comments about the Duchess of Sussex's claim that she faced mental health struggles as a senior royal, which she made during the highly publicised CBS interview with Oprah.

Prince Harry's wife allegedly contacted Dame Carolyn "demanding Piers' head on a plate", which he says resulted in him being "forced out" of ITV.

However, in a new with The Sunday Times, Dame Carolyn has denied Meghan’s letter influenced Piers’ departure.

Dame Carolyn's chat with the publication prompted Piers to hit back at the comments on Twitter, using the late Queen's original response to Harry and Meghan's suggestions of palace racism.

Piers wrote "Recollections may vary" before he adding an eye-roll emoji.

The controversial TV personality saw Ofcom rule that he was not in the wrong over what he said on GMB, which saw him clash with weatherman Alex Beresford, who criticised Piers for his coverage on the breakfast show.

At the time, Piers refused to listen and eventually said: “I'm not having this”, before he upped and left the set.

He returned to finish the show, but went on to depart the programme hours after the heated clash, bringing an end to his six-year stint on the show.

The broadcaster announced Piers had quit GMB in March last year, writing in a statement: "Following discussions with ITV, Piers Morgan has decided now is the time to leave Good Morning Britain.

"ITV has accepted this decision and has nothing further to add."

It comes as the royal family has become embroiled in controversy once again following the release of Meghan and Prince Harry ’s explosive trailer for their highly anticipated upcoming Netflix documentary series.

The trailer for the upcoming Netflix series shows never-before-seen photos of the couple who are parents to Archie and Lilbet, as well as snaps from their own childhoods.