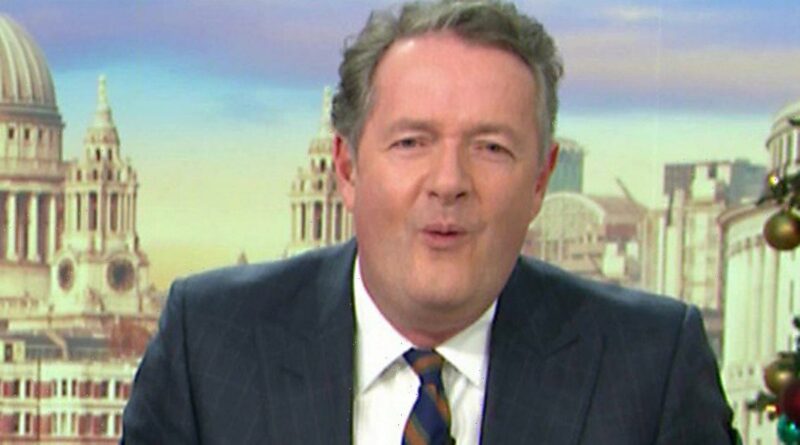 Piers Morgan has dared Boris Johnson to appear as his first guest on his new global TV show as he debuts his first column in The Sun.

The 56-year-old hit out at the Prime Minister for his “ineptitude” following his questionable dealings with the coronavirus outbreak in 2020 and has demanded the doting dad sits in the hotseat on his new show.

Throughout his lengthy article, the former Good Morning Britain star showcased several areas of weakness the political leader has struggled through over the course of his time in office.

He titled his uncensored letter titled Dear Boris, stop being a shambles and fix things or admit being PM is too much for you and quit, yours Piers Morgan.

In the column, Piers accused the dad-of-six of “ducking interviews” after he refused his repeated calls to appear on the popular ITV morning show.

Boris last appeared on the popular ITV morning show almost four years ago and it’s fair to say his absence from the show has been noticed.

And some would even say the Tory leader didn’t appear on the show willingly after news reporter Jonathan Swain and his camera crew door-stopped the party member as he helped load bottles of milk into vans.

Piers penned: “It was pathetic to watch a fellow journalist run and hide in a fridge to avoid answering my questions on Good Morning Britain, and boycott shows like GMB for months on end for fear of a tough interrogation.

“Grow a pair, man” (And you can start by being one of my first guests on my new global TV show …)

“You wrote an excellent book about your hero Sir Winston Churchill which lauded his courage under fire.

“Do you think Winston would have ever fled into a large refrigerator to duck a journalist? Of course, he wouldn’t.”

The TV host is set to joint TalkTV which will cover news, sports, entertainment and current affairs, while also delving into opinion and debate.

His move over to News UK was confirmed in September in addition to his own primetime show on News Corp and Fox News Media that will air in the US, UK and Australia.

This will be his first major new presenting job since leaving the ITV show following his explosive exit back in March 2021.