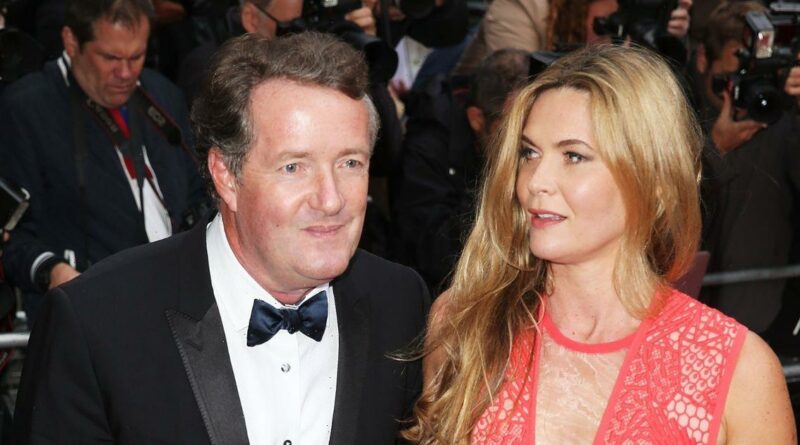 Celia Walden has spoken out on her friendship with Good Morning Britain presenter Susanna Reid – and confirmed there is no rivalry between them.

Susanna, 50, who worked alongside Piers Morgan, 56, for almost six years, was frequently referred to as his onscreen wife on the morning news programme, thanks to their sparring on set.

Former gossip columnist Celia, 45, has insisted Susanna succeeded as a substitute "wife" to Piers when they used to host GMB together each week.

Speaking to The Sun, Celia revealed she has a great relationship with Susanna, with the pair frequently confiding in one another about Piers.

She said: "We used to b*tch about him behind his back together.

"In fact, I always felt she was ­better at the whole ‘wife' thing than me. She was very good at ­managing him."

Susanna is now the sole lead anchor on Good Morning Britain, running the show with a rotation of presenters since Piers quit unexpectedly in March of this year.

During his final show, Piers stormed off set when his co-star Alex Beresford confronted him about his treatment of Meghan Markle, in the wake of her CBS interview with Oprah Winfrey.

Celia has since begged TV bosses to hire Piers back, insisting she's getting tired of catching him staring at her in the mornings.

She added to the publication: "This is the only reason I am sad about him leaving GMB — well, that and the fact I wake up and there he is, staring back at me morning after morning.

"But really, he used to come back and by 9am was absolutely flattened, lying there on the sofa, catatonic, not bothering anyone.

"Unfortunately he's got all his energy back now. Please, someone, just give him a job!"

The couple, who share one daughter, Elise, nine, were married in 2010, walking down the aisle at an intimate ceremony in the Oxfordshire village of Swinbrook.

Piers previously revealed the couple rarely fight, telling GMB viewers: "We don't really argue. Because I spend all day shouting at people so I get home and I can't be bothered.

"Yes seriously. In 15 years I can count on three fingers the amount of proper arguments. I just can't be bothered.

"Once that door's shut give me a glass of wine, I'm easily pleased, and also I'm always right, she's just accepted that. I don't want all that frenzy."