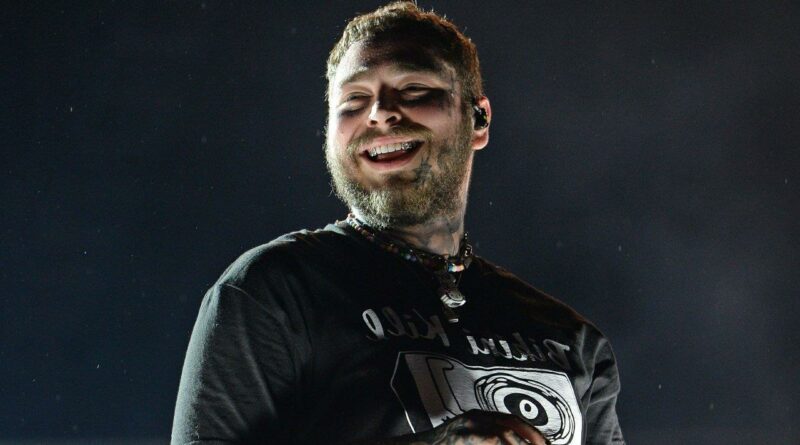 The ‘I Fall Apart’ hitmaker assures fans that his ‘Twelve Carat Tour’ in Cleveland is moving ahead as planned following his hospitalization after falling through an open trap door on the stage during his show in St. Louis.

AceShowbiz –Post Malone can’t let his fans get upset. The “I Fall Apart” hitmaker has announced that he’ll be back on stage after being hospitalized due to “stabbing pain” from his nasty fall after a terrible tumble onstage.

Making use of his social media platforms on Tuesday, September 27, the “Rockstar” rapper assured his fans that his “Twelve Carat Tour” in Cleveland is moving ahead as planned. He wrote, “Cleveland, I will be singing the F**K outta some songs tonight [face with steam from nose emoji] see y’all tonight [love emoji].” 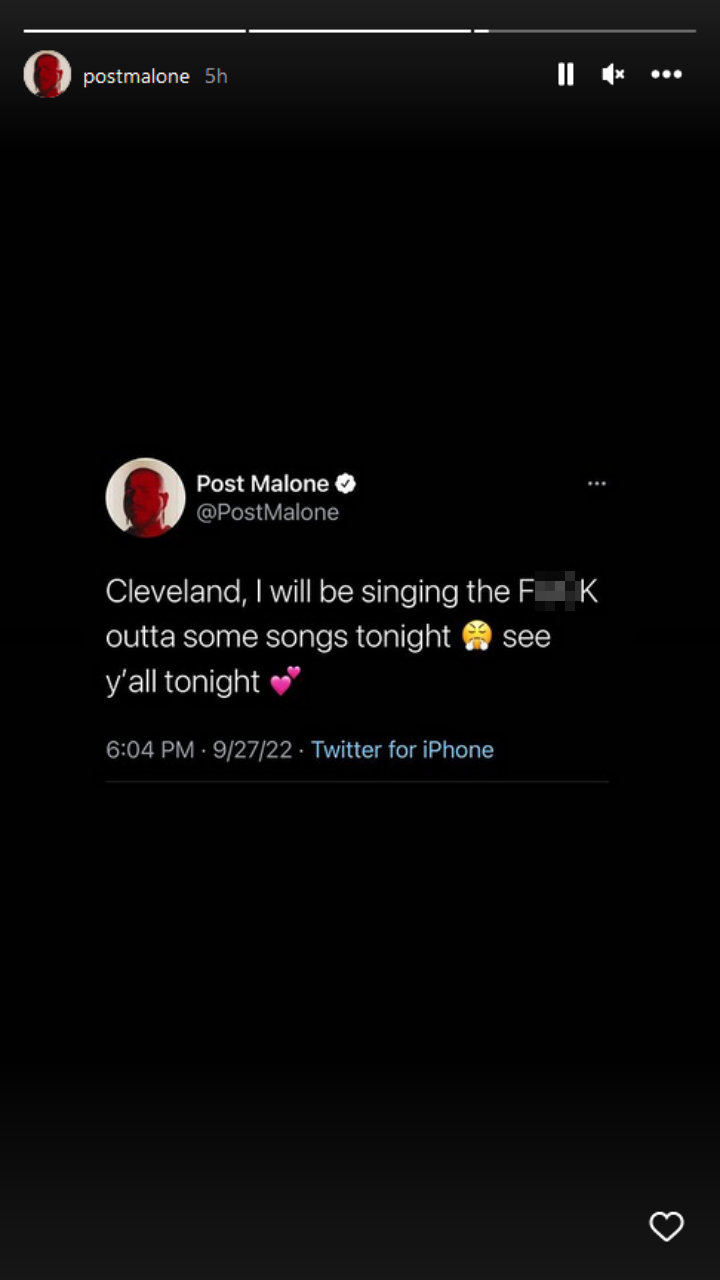 Post Malone announced that he’ll be back on stage.

Posty’s return to tour follows his hospitalization after falling through an open trap door on the stage during his “Twelve Carat Tour” stop in St. Louis earlier this month. In videos circulating online, the musician could be seen belting out his hit song “Circles” and was stomping down the stage’s ramp when he evidently missed the hole that his instrument had just been lowered into. A team of medics appeared on stage to aid his injuries for several minutes as fans lit up with confusion.

After his fall caused a delay, Post returned to the stage. He later apologized to his fans, “St. Louis, I’m so f**king sorry I ruined the show tonight, ladies and gentlemen. I promise next time I come around, I won’t f**king wreck y’all’s night, I’m sorry for that. That being said, f**k… That being said, I want to thank you for your patience and I’m sorry.”

On the next day, Posty turned to social media with an update. “Whenever we do the acoustic part of the show, the guitars on the guitar stand…it goes down, and there’s this big-a** hole, so I go around there and I turn the corner and bust my a**,” he said. “Winded me pretty good. Got me pretty good. We just got back from the hospital and everything’s good. Everything’s good.”

As a result of the “stabbing pain” he was experiencing after the nasty fall, the nine-time Grammy nominee was forced to cancel his September 24 show in Boston. “Boston, I love y’all so f**king much,” he wrote on Instagram Story, Twitter and Facebook. “On tour, I usually wake up around 4 o’clock PM, and today I woke up to a cracking sound on the right side of my body. I felt so good last night, but today it felt so different than it has before.”

“I’m having a very difficult time breathing, and there’s like a stabbing pain whenever I breathe or move,” the 27-year-old explained further. “We’re in the hospital now, but with this pain, I can’t do the show tonight. I’m so f**king sorry.”

Post went on to note, “Everyone’s tickets for tonight’s show will be valid for the reschedule that we’re planning right now.” He then doubled down on his apology, “Once again, I’m so f**king sorry, I love y’all so much. I feel terrible, but I promise I’m going to make this up to you. I love you Boston, I’ll see you soon. I’m so sorry.”