Post Malone decided to play a little prank on his fans ahead of the release of his new album.

The rapper’s second LP, titled Beerbongs & Bentleys, came out yesterday (April 27), but before it dropped he almost gave fans who have been waiting months for its release a heart attack.

“Sorry to announce to all my fans that there’s been complications with the album and it won’t be released tonight,” he tweeted. “I’m so sorry to all my fans and I didn’t mean to let you down again…” 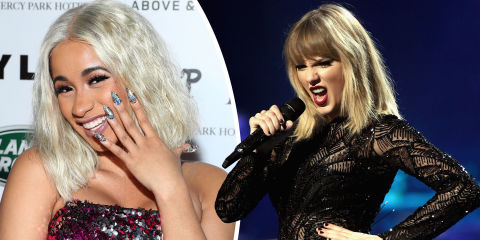 However, Post then revealed he was pulling their legs, adding: “JK LOL MOFOS 20 MINUTES TURN THE F**K UP”. That joker!

This isn’t the first time the rapper has showed off his playful side, either.

Last year, the rapper channelled his inner Jack Black from School of Rock by trying an impromptu stage dive.

And it went disastrously, much like Black’s character, though it seemed that the star saw the funny side afterwards.

“Felt like jack black in school of rock tonight when i staged dived and nobody caught my fat ass. wish i had lil uzi body,” he tweeted at the time.

Oh well, we guess all you can do is laugh.