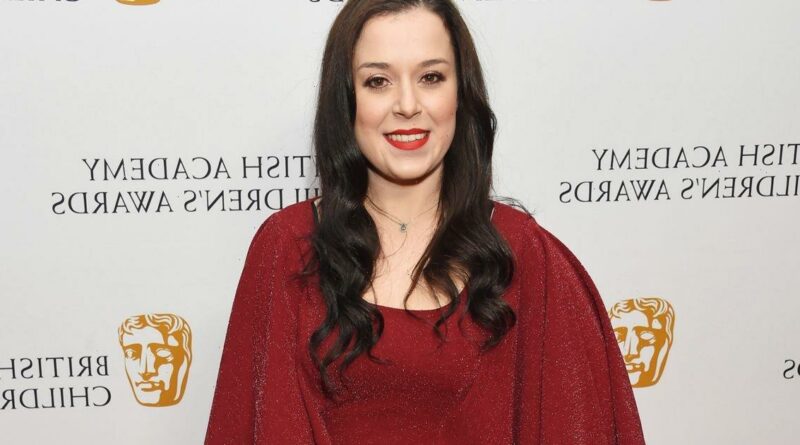 Dani Harmer has reassured fans that she and her baby are “absolutely fine” after she was rushed to hospital mid-way through a pantomime performance.

The Tracey Beaker star, 32, was playing the role of the Fairy Godmother in the Theatre Royal Bath’s rendition of Cinderella when she was carted off to hospital on Wednesday afternoon.

She posted to social media on Friday morning as she explained she was diagnosed as Braxton Hicks contractions which are contractions that don’t cause labour.

Although she was forced out of the show due to her brief hospital stint, Dani shared her plans to return to the stage on January 2 after taking some time off to rest.

Dani is preparing to welcome her second child with her partner Simon Brough, much to the excitement of their five-year-old daughter Avarie-Belle Betsy.

In a lengthy statement on Twitter, the actress penned: “To everyone who has reached out in the last couple of days thank you so much!

“Me and baby are absolutely fine! But on Wednesday I had to go to hospital midshow!

“Turns out it was Braxton hicks (horrible bloody things by the way) and was told by doctors to rest up! My plan is very much to return to Panto on the 2nd!”

She added: “Just wanted to say a huge thank you to the amazing cast and crew who have all been checking up on me and making me feel very loved indeed!

“Also, the biggest thank you to the amazing @harrietdeany who stepped in for me mid show with no rehearsal and has been looking after my magic wanted for me!

“Hope you’re all enjoying the wonderful show and (I) can’t wait to be back covered in glitter after some more rest.”

The TV star shared the exciting news back in August that she was pregnant with her second child which is due in February 2022.

The star revealed the news with a sweet snap on Instagram of herself and her partner and their daughter holding a sonogram print.

She captioned the memorable post with: “Han solo had Chewie. Frodo had Sam. Shrek had Donkey.

“Now be prepared for the adventures of Avarie-Belle and as of yet unnamed bump, coming February 2022 xx.”

Later on that year, Dani revealed that she was expecting a baby boy by posting a video of her daughter holding up a babygrow which said “brand new little brother” on it.