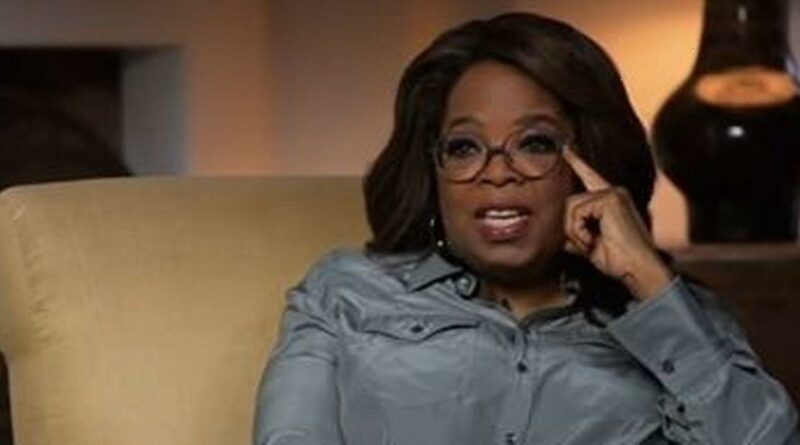 Prince Harry and Meghan Markle allegedly could be considering Oprah Winfrey as godmother to their unborn child.

Reports have claimed the chat show host, who lives close by in Santa Barbara, Los Angeles, could be in the running, along with a number of A-list pals.

The Sussexes have certainly grown close to Oprah who helped them to deliver their bombshell tell-all interview in March of this year.

Sources have alleged the American television producer might become a firm family fixture.

Meghan announced during the discussion with Oprah she and Harry were expecting a baby girl and it is suspected she'll give birth in the summer – although a date has not yet been confirmed.

A chum of Oprah's, Omid Scobie, explained: "If one of those godparents is Oprah – and I’m not saying that she is – then you can understand why perhaps they want to keep that to themselves because even Oprah sitting down to interview them was controversial enough in itself."

Another source also echoed that Oprah could be a good contender for the role after she'd been a huge support to the Duke and Duchess during their move to California.

The insider told Heat World: "Meghan thinks Oprah would be the perfect godmother for her daughter.

“She wants her girl to be surrounded by strong female role models, and Oprah certainly fits the bill.

"She's been a real support to both her and Harry since they moved to California, and Meghan knows she can rely on her, no matter what."

Other A-listers who have been vocally supportive include tennis star Serena Williams, TV host Gayle King and superstar Beyonce.

Harry and Meghan have kept the due date of their new baby a secret, but it is anticipated that the birth of their daughter could be as early as June.

The famous pair are overjoyed that they'll soon become a family of four with son Archie Harrison Mountbatten-Windsor, who turned two in May, also due to become a big brother.

Speaking about her new arrival in her first televised interview after the Oprah Winfrey interview, Meghan shared her thoughts and feelings on pregnancy during the Vax Live event.

She explained: "When we think of her, we think of all the young women and girls around the globe who must be given the ability and support to lead us forward."

Daily Star has contacted Harry and Meghan's representatives for comment.