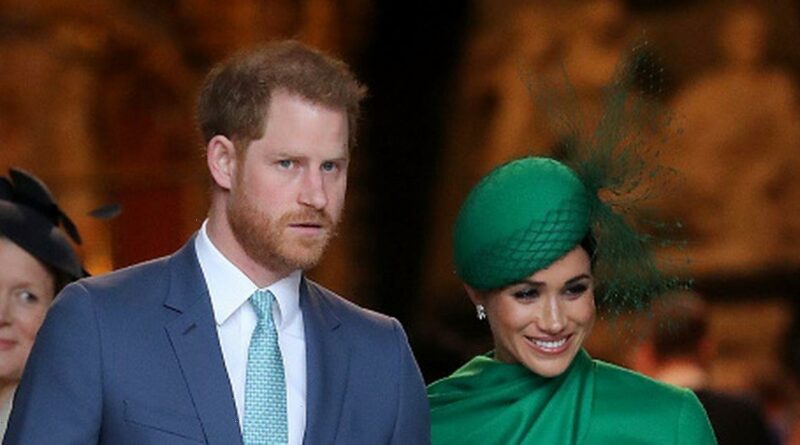 The casting for the latest TV movie following the lives of Prince Harry and Meghan Markle has sparked plenty of eye-rolling from fans.

The flick will star Jordan Dean as Harry and Sydney Morton as Meghan, as the notorious TV movie channel announced its release on the couple’s third wedding anniversary.

It’s not the first TV movie to chronicle the life of the lovebirds – in 2018, Harry and Meghan: A Royal Romance aired on the Lifetime Network, and was quickly followed the year after with Harry & Meghan: Becoming Royal.

Production for the latest film begins in May, with the film expected to release later this year.

Its official synopsis promises: "Harry & Meghan: Escaping the Palace will explore what really happened inside the palace that drove Harry & Meghan to leave everything behind in order to make a future for themselves and their son Archie."

They’ll be taking over the proverbial crowns from the previous stars of the franchise – Tiffany Smith as Meghan and Charlie Field as Harry.

Official first-look photographs show Jordan Dean looking rather dapper in a blue blazer and mint green tie, as Sydney Morton holds onto his jacket lapels with her hair in a rather Meghan-like bun.

She wears an emerald green wrap modelled off Meghan’s own royal outfit, but ditched the matching hat for the shoot.

But fans definitely aren’t convinced by the royal likenesses and swarmed to social media to share their first impressions.

"Well, they got the hair colour right. So there’s that," one penned.

"WTH is this?!" another incredulous fan wrote.

Someone else typed: "This looks TERRIBLE. Why even bother?" as a fourth Twitter user said: "You must be joking… really?"

Harry and Meghan aren’t the only royal couple to find additional fame on Lifetime – William and Kate were also given their own TV movie back in 2011.

Even Hallmark cashed in on the beloved couple with their own 2011 iteration, entitled William & Catherine: A Royal Romance and starring Alice St Clair as Kate and Dan Amboyer as William.

Meghan and Harry have been dominating headlines since they officially stepped down from their royal duties and moved to the US last year, with Meghan revealing she had suicidal thoughts which she claims were ignored by the Royal Family.