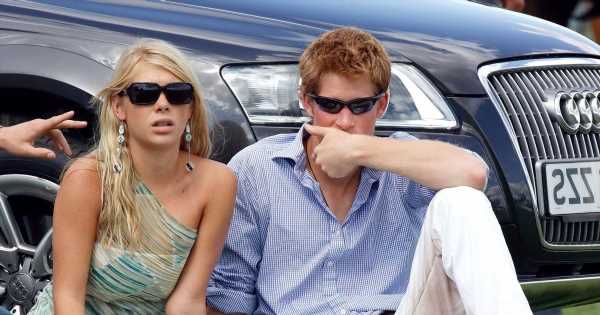 The businesswoman, who was in an on-and-off relationship with the Duke of Sussex for seven years, tied the knot with Oxford graduate Mr Cutmore-Scott in a private wedding that "very few people knew about", the Daily Mail reports.

The 36-year-old, who was born in Zimbabwe and grew up on her family's game reserve in the country, was a guest at Harry and Meghan Markle's wedding in May 2018.

Her new husband is the brother of Hollywood actor Jack Cutmore-Scott, who has starred in the Christopher Nolan blockbusters Tenet and Dunkirk.

Jewellery brand owner Chelsy appears to have confirmed her nuptials after sharing a photograph that shows her wearing a wedding band underneath her engagement ring.

She has one child, called Leo, with 37-year-old Sam, who is a managing director at The Harper Hotel in Holt, Norfolk, and was in the year above Harry at Eton College.

During her sometimes turbulent romance with Harry, Chelsy was never comfortable with the media attention that her then relationship caused.

The pair broke up in 2011, with Chelsy citing the endless media attention as a major factor in her decision not to continue the relationship: “I found it very difficult,” she revealed a few years later.

“I couldn’t cope. I was young, I was trying to be a normal kid and it was horrible.”

Last year private investigator Gavin Burrows apologised to the Duke of Sussex and Chelsy for targeting her while the pair were dating.

He claimed she was subject to voicemail hacking and her communications were under surveillance while the couple were together.