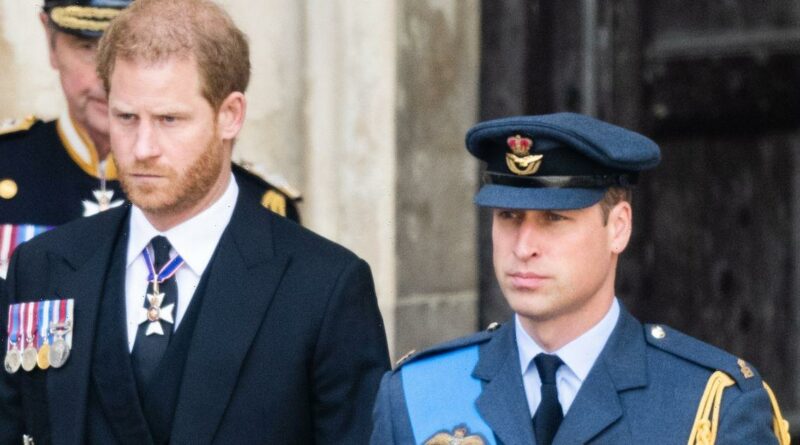 The Loose Women star, 57, said the two royal brothers "have" to reunite in the future as it's their duty to "protect" the royal family.

But she reckoned that one "problem" for the siblings is the literal distance between them as Harry and Meghan now live in California.

Nadia offered her thoughts on Harry and William's future bond during an exclusive chat with Daily Star's Sam Huntley – after teaming up with Théa UK to promote eye health.

Asked if she though the Queen's funeral will bring Harry and William together in the future, Nadia replied: "One hopes so, doesn’t one? But I think the problem is, they’re now back in America."

Harry and William walked side by side at the Queen's funeral at Westminster Abbey, but the brothers are now on different sides of the globe as Harry is back in the States.

"Hopefully time will heal things. I hope," she added, before predicting that it will be their shared upbringing that eventually reunites them.

The ITV presenter went on: "It’s just that upbringing that they have to push through and push on. I think more than anything else, it will be the upbringing that eventually brings them back together, because they have to. The thing is protecting the royal family, isn’t it?"

It was January 2020 when Harry and Meghan announced they were stepping back as senior royals and splitting their time between the UK and North America, and handle their own finances.

"I just couldn't understand why people were so angry about her holding his hand," she said. "And I thought 'Maybe this is a romantic thing that people envy.'

"I have to say when he was opening the car and it was all very dashing and very lovely… I think there's so many different reasons why people attack her, and I think it's such a shame."

She continued: "I don't really look at Twitter and stuff, because I think there's just so much poison, but I think with any trolling, it's always about the person that is trolling."

Nadia Sawalha is supporting eyecare experts Théa UK’s ‘Keep a look out for your eyes’ campaign to raise awareness of dry eyes and the importance of looking after our eye health.