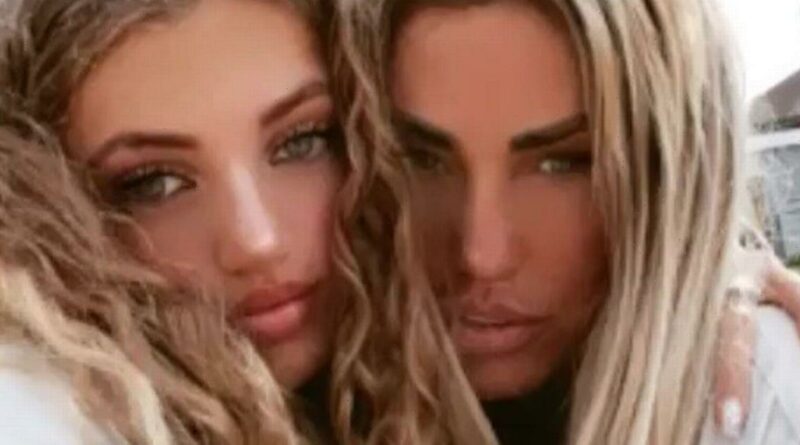 Princess Andre is proving the spitting image of her former model mum Katie Price in new pictures posted on her Instagram page.

Fans said the teenager looked "gorgeous" and "beautiful" as she appeared on a crop-top and jogging pants.

One fan simply said "Just like your mum" while others added: "Stunning baby girl," and "You're so pretty."

READ MORE: Princess Andre, 15, hits back at fans after they beg her to stop wearing heavy makeup

It came after Princess Andre hit back at critics of a dramatic makeover earlier this month. The 15-year-old divided followers with a new look that consisted of heavy make-up and a ballgown for a wedding.

According to the website Tyla, while Princess received countless positive comments, some Instagram users took issue with the amount of makeup she was wearing.

One said: "Looks beautiful, but doesn’t need all that heavy make-up. She’s naturally pretty without it. She’s not her mum and doesn’t need to try to be"

The teenager's dad Peter Andre, also the father of Junior, revealed that he banned his daughter from dating – before wife Emily changed his dad. Discussing seven years of marriage to Emily, Peter told OK!: "One of the things she taught me was very early on, when Princess and Junior were younger.

"I’d say Junior could do this and that, and Princess had to be a nun and could never have a boyfriend. Emily taught me that whatever rule I gave to Junior, I had to treat all the other children the same. She has made me look at things differently and change my old-school mentality."

Peter and Katie met on I'm A Celebrity… Get Me Out Of Here! in 2004. Despite Katie having a boyfriend at the time, the pair grew close and were married a year after leaving the jungle.