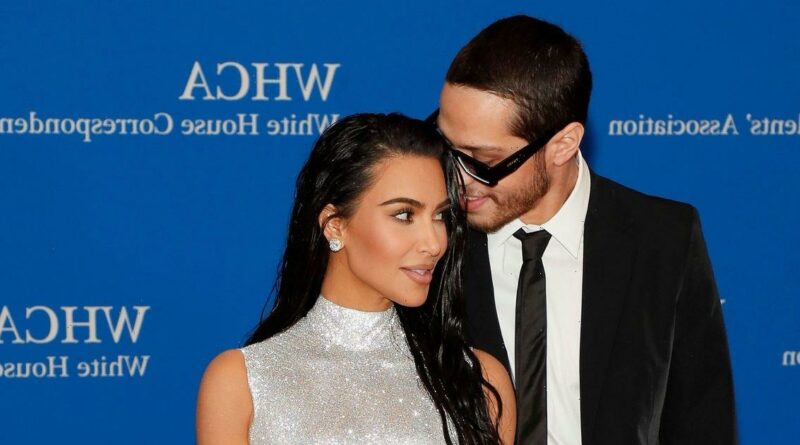 Comedian Pete Davidson reportedly split from reality megastar and billionaire Kim Kardashian "because she had too much baggage" according to Pete's talk show host mate Johnny Potenza.

Despite it being suggested that the main reason why Pete, 28, and Kim, 41, parted ways was due to conflicting schedules and distance, Johnny believes Pete didn't want the baggage that came with dating the reality star and mother-of-four.

Speaking to The Sun, Johnny said: "She’s 20 years older, she has four kids and she was married to Kanye West who was always making trouble for them.

"Kanye was picking fights and calling him names. For a man his age it was childish – a pathetic love drama. Most of the people I know in Staten Island were saying it wouldn’t last," he continued.

Johnny also suggested the pair's different backgrounds could have played a part in their split: "Everyone was shocked he was dating Kim, who is a very classy woman. Pete always lived like a regular guy his age."

Another insider who spoke to Page Six spoke about Pete's lifestyle in comparison to Kim's, confirming that Pete is a "very private person".

They said: "He’s in the background, but the reality world is not built for people like Pete.

"He was not on the first season. I don’t know how they’re doing the second season, but he’s not a part of that world," the insider concluded.

Kim and Pete had a whirlwind romance that lasted nine months, after the pair met on the set of Saturday Night Live during Kim's divorce from rapper Kanye West.

Kim had labelled Pete a "cutie" before reaching out to pal Megan Fox to get Pete's number.

The Vogue covergirl has also said "they don’t really make them like him anymore".

As Kim and Pete got closer, with the comic getting various tattoos dedicated to Kim and her kids, Pete also became the target of online abuse from Kim's ex Kanye.

In a series of attacks via his Instagram, the rapper would post vile messages and imagery calling out Pete and went as far as making a stop motion music video depicting Pete's decapitated head.

In a recent online rant directed towards Kim and after it was revealed that Pete had checked himself into trauma therapy, Kanye mocked Pete's mental health, writing in a now-deleted Instagram post: "Ask Pete how those tattoos of my kids doing in the trauma unit."