The Swedish-born producer and DJ known as Avicii has been found dead in Muscat, Oman. 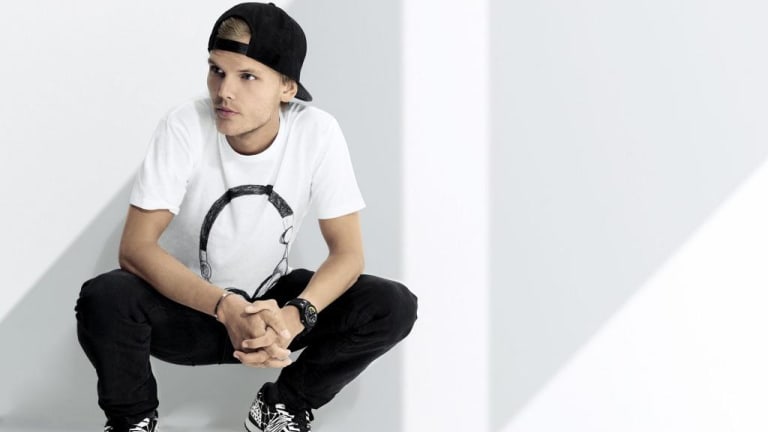 Avicii, aka electronic star Tim Bergling from Sweden, regularly played to crowds of 60,000 or more.

A popular club in Muscat, the Muscat Hills Resort, uploaded a photo of the star with guests just three days ago.

He had six top 10 singles in Australia, most notably the 2013 chart-topper Wake Me Up. His debut album True also reached No.1 on the ARIA charts the same year.

One of the most popular and successful dance artists of all time, he retired from performing in 2016 at the peak of his success, citing health reasons.

He had suffered from health problems for several years, including acute pancreatitis, in part due to excessive drinking. He had his gall bladder and appendix removed in 2014.

He posted the following statement on his website last year:

"WE ALL REACH A POINT IN OUR LIVES AND CAREERS WHERE WE UNDERSTAND WHAT MATTERS THE MOST TO US. For me it's creating music. That is what I live for, what I feel I was born to do.

"Last year I quit performing live, and many of you thought that was it. But the end of live never meant the end of Avicii or my music. Instead, I went back to the place where it all made sense – the studio.

Bergling was born in Stockholm on September 8, 1989. He began DJing as a teenager and released his first single in 2007. He released a large number of singles and remixes in the following years and rapidly built a reputation as a live act.

His 2011 single Levels vaulted him into the mainstream. Sunshine, his 2012 collaboration with David Guetta, was nominated for a Grammy for best dance recording.

In September of that year, he became the first DJ to headline New York's prestigious Radio City Music Hall.

However, as his popularity rose, his health declined. He was hospitalised in March 2014 and cancelled several appearances. He released his second full-length album, Stories, in October 2015.

In August 2017, he released a six-track EP entitled Avici, which he said was the first of three instalments that would be his next album. He followed a month later with a full-length documentary called True Stories, which was largely about his retirement. In it, promoters are seen trying to convince him to continue touring, even though he is in obvious physical pain.

"I looked at myself like, 'f—, you should've really stood up for yourself more there. Come on, Tim!,'" he said of the documentary to Rolling Stone in an interview published last September. "Why didn't I stop the ship earlier?"

"I needed to figure out my life. The whole thing was about success for the sake of success. I wasn't getting any happiness anymore. Now that I have more time in the studio, I want to learn as much about other genres as possible. That's what I love the most – having a session with Nile Rodgers, for instance, and getting an understanding of music that's invaluable."

All over the dance and pop music worlds, his friends and collaborators were shocked by the news.

"Devastating news about Avicii, a beautiful soul, passionate and extremely talented with so much more to do. My heart goes out to his family. God bless you Tim," wrote Calvin Harris, the superstar DJ and producer.

"(M)y sincerest and most heartfelt condolences to the friends, fans and families of Avicii," wrote the producer Deadmau5. "(N)obody can deny what he has accomplished and done for modern dance music, and I'm very proud of him."

Bergling is survived by his parents, two brothers and a sister.