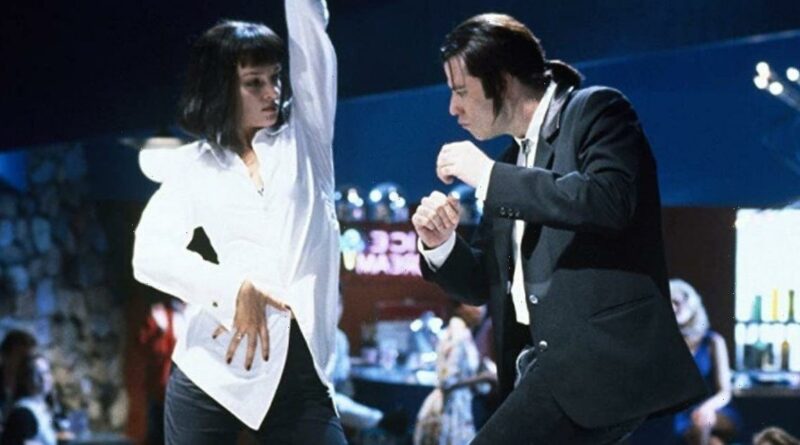 Pulp Fiction will celebrate its 27th anniversary next week after first premiering back in 1994 – and it's been a hit ever since.

The cult film, known for its impressive script and jumping storyline, premiered at the Cannes Film Festival and received the highest honour, the Palme d'Or.

Quentin Tarantino's crime drama became an instant hit and was the top-grossing film at the box office in its debut weekend.

When reviewing the film in 1994, The Hollywood Reporter Duane Byrge wrote: "Tarantino's lined up a fine cast to play his assorted snotwads, grimeballs, sleazoids, small-timers, druggies and bulletheads in this 1990s version of a down-and-dirty 1940s pulp fiction, the kind Dash Hammett and the boys used to crank out."

The Daily Star takes a look at the A-list celebs who featured in the movie, and what happened to them after the flick.

John Travolta played Vincent Vega in the classic Pulp Fiction film but before that, he rose to fame in the 1970's classic Grease and Saturday Night Fever.

This followed a disappointing 1980s but later improved when he was hired to star as the smooth, heroin-shooting hitman Vincent Vega in Pulp Fiction. But for the leading part he bagged an Oscar nomination.

After, Travolta scored multiple film and TV roles and scored an Emmy nomination for best-supporting actor in American Crime Story: The People Vs OJ Simpson.

In 2007 the actor returned to his musical roots and played Edna Turnblad in the remake of Hairspray.

Away from acting Travolta married actress Kelly Preston in 1991.

The couple had three children together, Jett Ella Bleu, 21, and Benjamin, 10.

Unfortunately, John's son Jett died of a seizure aged 16 while on Christmas vacation in the Bahamas.

Travolta created the Jett Travolta Foundation after his son's death, a non-profit organisation to help children with special needs.

Travolta's wife Kelly passed away aged 57 on July 12, 2020, two years after she was diagnosed with breast cancer.

The actor is also a private pilot and owns four aircraft.

He was inducted into the 'Living Legends of Aviation' in 2007 and acts as the award show's official ambassador after experiencing a total electrical system failure while flying into Washington National Airport causing an emergency landing.

Travolta also is a published author with his story about a young boys first flight, Propeller One-Way Night Coach.

Pulp Fiction was Jackson's 13th film and the role of Jules was specifically written for him.

Jackson also starred in multiple Quentin Tarantino's films and in total has appeared in over 150 movies altogether.

The American actor and producer is regarded as one of the most popular actors of his generation.

He has provided his voice for several animated movies, documentaries, TV series, and video games, including the Pixar series The Incredibles.

He currently has many television and film projects in the pipeline, such as Captain Marvel.

When Jackson was growing up he struggled with a stutter and "pretended to be other people who didn't stutter".

He began the next decade of his career by being honoured with a Hollywood Walk of Fame star in 2000.

He still uses the word 'motherf****r' to get through speech blocks.

Away from his career, Jackson married actress and producer LaTanya Richardson, they have one daughter together, Zoe, who is 40.

The couple started their own charity in 2009 to help support education.

Uma Thurman was only 24-years-old when she starred as Mia Wallace, the wife of gang boss Marsellus Wallace in Pulp Fiction.

Uma was nominated for an Oscar for best actress in a supporting role as well as a nomination for a BAFTA Award, Academy Award, and a Golden Globe Award.

After the film, she starred in multiple TV series, films, and even on Broadway in The Parisian Women.

From her play appearance, she received a Broadway.com Audience Award for favourite leading actress.

The 51-year-old American star married English actor Gary Oldman in 1990 after meeting on set but soon divorced in 1992.

She later married American actor Ethan Hawke after also meeting on set in 1997.

The couple has two children together, Maya and Levon but later separated in 2003 and officially divorced in 2005.

Maya has followed in her mother's footsteps starring in BBC's Little Women and in the third series of Netflix's Stranger Things.

In 2007, Una announced her engagement to London-based French financier Arpad Busson but in late 2009 the couple called the engagement off.

The couple got back together soon after calling the engagement off but called it off once again in 2014.

Rhames studied acting at the Juilliard School of Drama and has appeared on Broadway before he started his film and TV career.

However, Pulp Fiction is the film that put Rhames on the map.

He has since starred in many TV and film roles including, the Mission: Impossible series and has done voice acting for Disney's, Lilo & Stitch.

Rhames has won a Golden Globe for best actor in mini-series or motion picture in Don King: Only in America.

Away from Rhames long acting career he married Valerie Scott in 1994 but later divorced in 1999.

The following year in 2000, Rhames married Deborah Reed. The couple have a son and a daughter together and also have a daughter Tiffany who was born from Reed's previous marriage.

Bruce Willis played boxer Butch Coolidge, who was supposed to throw a match but decides to deliver a killer knockout punch instead.

Willis first found fame in the 1980's in Moonlighting which he won an Emmy for leading actor in a drama series.

After he played John McClane in Die Hard, it shot him to stardom gaining recognition as an action hero.

Willis has starred in over 70 films and has also released multiple albums.

The singer and actor made his Broadway debut in the adaption of Misery in 2015.

He has received multiple nominations in his career including a Golden Globe Award, two Emmy Awards and two People's Choice Awards.

In 2006 the 66-year-old received a star on the Hollywood Walk of Fame.

Willis married actress Demi Moore in 1987 and have three daughters together who are now in their 30's.

The couple separated officially in 2000.

He later married model Emma Heming in 2009 and they share two daughters, Mabel, 9 and Evelyn 7.

In the iconic movie, she angers Butch by forgetting to pack his late father's watch – the most important item he wanted her to bring before they attempted a getaway.

Maria has also featured on albums including Femina, and more recently she has been acting in multiple fantasy films.

Roth was known as one of the English actors who made up the 'Brit pack', along with Gary Oldman, Colin Firth and Daniel Day-Lewis.

Since then, he appeared in one of Marvel's versions of Hulk, alongside David Norton, where his character Emi Bronsky – a celebrated soldier – uses the superhero's DNA to turn himself into a monster.

The star also featured in another Tarantino film, Hateful Eight, in 2015. The actor played a bandit part of an infamous gang of thieves and murderers who try to stage a risky rescue mission to save the head bandit's fugitive sister from meeting her death from the hangman in America.

He has since been in numerous films and TV series, most recently starring in the 2019 film Luce alongside Naomi Watts and Octavia Spencer.

Amanda was awarded an American Comedy Award nomination for her role in Pulp Fiction.

She opened and closed the famous film.

The actress has since appeared in TV, film, and theatre roles.

She has starred in The Hunger Games: Catching Fire film as Wiress, who helps Katniss Everdeen (played by Jennifer Lawrence) work out the deadly playing field was a 'clock' and has been on stage in The Night of the Iguana.