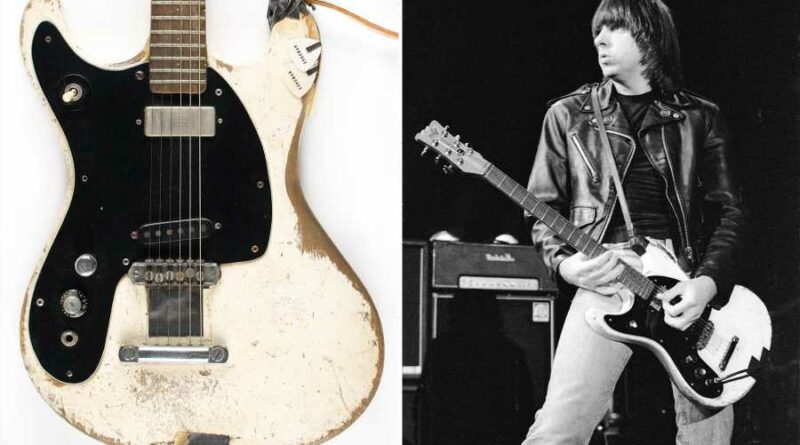 Johnny Ramone’s Mosrite guitar has been behind glass at the Rock & Roll Hall of Fame in Cleveland, Ohio, for 25 years, but, come Saturday, it’s up for auction — and it’s expected to sell for a pretty penny. It’s currently up to $275,000 in bids and is expected to go for $500,000.

According to Daniel Rey, frequent producer and friend of the Ramones, Johnny sold him the axe in 1996. “I think he wanted to move on to the next chapter in his life. Clean house,” Rey tells Rolling Stone. His loan agreement at the Rock Hall recently expired, so the producer decided to finally sell the guitar. “Us Ramone fans ain’t getting any younger,” he says.

Per RR Auction, the guitar was used during every Ramones performance from 1977 through 1996 — about 1,985 shows. On top of all that, the guitar was played on 15 albums. The instrument — along with other memorabilia from Rey’s collection — will hit the auction block on September 25th in Boston.

“My favorite memory on the guitar, besides the hundreds of great shows I saw, was the first time I was in the studio with the band,” Rey recalls. “The roadies set up his rig and I got to put the guitar on my shoulder and flick the power switch on. The sound that came out was beautiful and frightening. Punk perfection.”