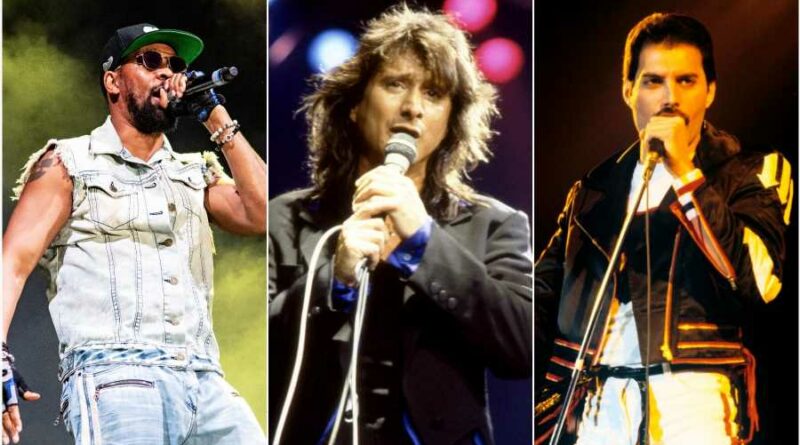 To anyone who doubts that every vote matters, we offer the following proof: Journey are in the Library of Congress.

Individual songs selected this year include Motown and classic rock anthems like the Four Tops’ “Reach Out (I’ll Be There),” Journey’s “Don’t Stop Believin’” and Queen’s “Bohemian Rhapsody.” “I am humbly surprised and honored to think that one of our works will be in ‘The Library of Congress’ forever,” Duke Fakir, the last surviving original member of the Four Tops, tells Rolling Stone. “When we recorded ‘I’ll Be There,’ I have to admit we thought of the song as an experiment for the album. We never believed it would even make it on the album, let alone be a hit for all time in the Library of Congress.”

Reflecting the way the Registry is increasingly recognizing hip-hop (Nas’ Illmatic and Tupac Shakur’s “Dear Mama” were picked for earlier lists), the 2022 lineup also includes two classic Nineties hip-hop albums: Wu-Tang Clan’s Enter the Wu-Tang (36 Chambers) and A Tribe Called Quest’s The Low End Theory. According to the Registry, The Low End Theory “came to be seen as a definitive fusion of jazz and rap with its distinctive sound,” while Enter the Wu-Tang (36 Chambers) “would shape the sound of hardcore rap and reasserted the creative capacity of the East Coast rap scene.” (It helps that Chuck D. is an at-large member of the National Recording Preservation Board.)

Launched in 2000, the Registry aims to preserve what it calls “audio treasures worthy of preservation for all time based on their cultural, historical or aesthetic importance in the nation’s recorded sound heritage.” To qualify, songs or albums — or spoken word recordings — have to be at least 10 years old. Each year, hundreds of candidates are submitted to the Board. According to Dr. Carla Hayden, the Librarian of Congress, “Bohemian Rhapsody” had been previously considered but finally made it in this year — thanks, she thinks, to the movie of the same name giving the song an extra boost in the last few years. How did the Martin song end up on there? “The Registry doesn’t mean it can’t be popular too,” she says.

Almost since the Registry began, the public has also been allowed to weigh in. This year’s list of regular-joe suggestions totaled 1,000 — and was a major reason why a populist fave like “Don’t Stop Believin’” made it in. “It’s taken its place now as a personal-empowerment anthem,” says Dr. Hayden. “It was on the Board’s list, but it wasn’t in the top 25.” Power to the … Perry people?