There’s only a few months to go until Queen and Adam Lambert roar into the UK. The band is pretty busy until then, kicking off the second leg of their World Tour this month and headlining the Australian bush fire benefit concert. May keeps his followers up to date with everything and just let them know about a rather exciting new collaboration. She’s one of the most famous teenagers in the world and apparently wowed him with a Bohemian Rhapsody guitar solo…

May posted a picture of himself Skyping with someone.

He captioned it: “OK – I’m going slowly with this but … this is my face while I’m listening (per Skype) to Greta Thunberg playing the Bohemian Rhapsody solo!

“And she’s good!! We had a long chat. About the Planet, animals, Space, and … many other things … with a view to doing … something!”

Yes, that is international climate change activist Greta Thunberg who just wowed May with his own iconic guitar solo. 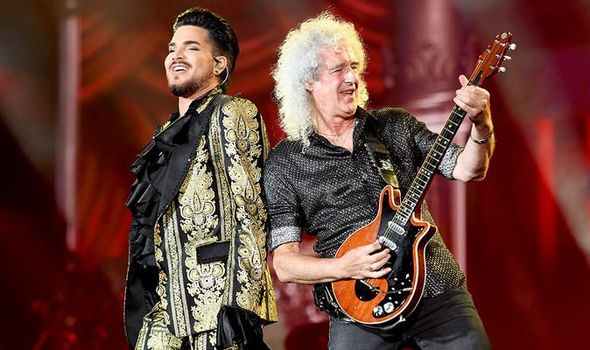 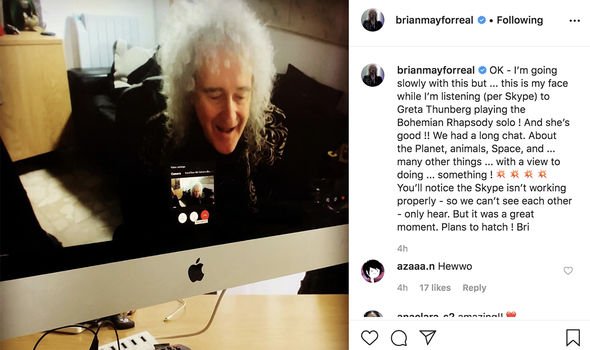 “You’ll notice the Skype isn’t working properly – so we can’t see each other – only hear.

“But it was a great moment. Plans to hatch! Bri.”

Imagine if Queen duetted with the most influential teenage activist at a concert in aid of all the devastation caused by the Australian bushfires – which are being seen as the terrifying result of accelerating Global warming.

The concert is on Sunday, February 16.

SCROLL DOWN FOR ALL QUEEN + ADAM LAMBERT UK TOUR DATES 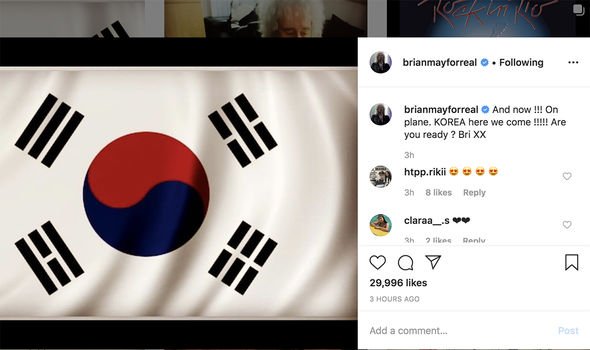 Queen will be performing at the same venue, the Sydney ANZ Stadium, the night before during the Australian leg of the tour.

And May could not contain his excitement with a second post today.

Freddie Mercury death: The biggest LIE – Brian May ‘It was all cr*p’

Freddie Mercury: Why his parents DIDN’T go to Live Aid

The star posted an image of the Korean Flag.

The Queen and Adam Lambert tour kicks off in Seoul on January 18, before heading to Japan, Australia and New Zealand.

The middle leg of the tour ends on February 29, when the band takes another short break. – and then, finally, it is our turn.

The European leg of the tour starts in Bologna Italy on May 24 and reaches the UK on May 2.

FOR DATES TICKETS AND PRICES GO TO https://www.ticketmaster.co.uk/Queen