The rock band dedicates their song ‘Long Slow Goodbye’ to the late celebrity chef during their headlining gig at NorthSide Festival in Denmark.

AceShowbiz –
Queens Of The Stone Age dedicated one of their songs in tribute to the late Anthony Bourdain during a gig.

The 61-year-old celebrity chef and TV personality was found dead from a suspected suicide in his hotel room in France on Friday morning (June 08). He was filming in the region, and had been spotted on bike rides and meeting with locals in the days leading up to his death. 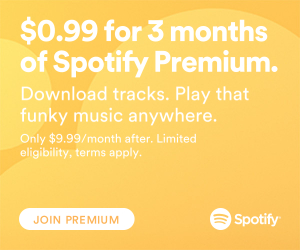 Bourdain was unresponsive when he was discovered in his hotel bathroom by his close friend, French chef Eric Ripert.

During their headline set at the NorthSide Festival in Denmark, the rockers dedicated their song “Long Slow Goodbye” to the chef, according to NME.com.

“Sometimes you lose somebody. And today we lost somebody, so this song is for Tony,” frontman Josh Homme told the crowd.

The singer was a close friend of Bourdain, and when news broke of his unexpected passing, Homme told his followers on Twitter he was “destroyed” by the chef’s death.

“Dammit Tony. I’m so sorry. I’m so destroyed. I love you brother. I miss you too much already. My love and condolences to Ariane (Bourdain’s 11-year-old daughter) and Ottavia (Bourdain’s ex-wife),” he wrote.

Bourdain’s death was reported as a suspected suicide by CNN representatives, the network on which he presented his TV show, “Anthony Bourdain: Parts Unknown”.

“It is with extraordinary sadness we can confirm the death of our friend and colleague, Anthony Bourdain,” a spokesperson said in a statement. “His love of great adventure, new friends, fine food and drink and the remarkable stories of the world made him a unique storyteller. His talents never ceased to amaze us and we will miss him very much. Our thoughts and prayers are with his daughter (Ariane) and family at this incredibly difficult time.”