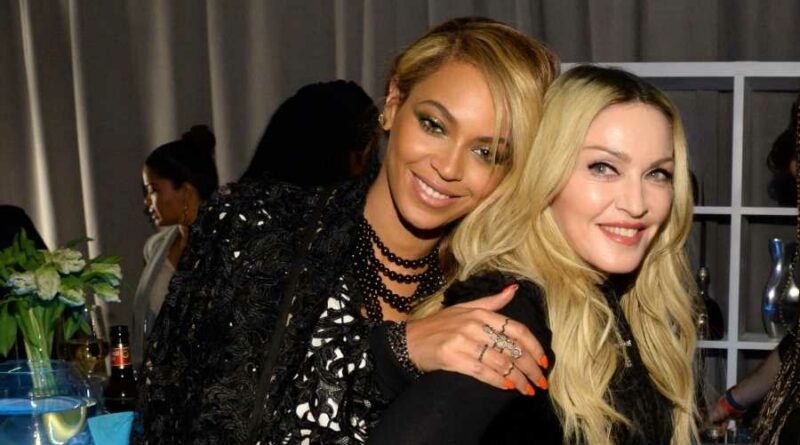 Beyoncé and Madonna have teamed up for a royal collaboration, “Break My Soul” (The Queens Remix).” The latest remix of Beyoncé’s Renaissance single arrived on Friday, just in time to get the weekend party started.

The percolating remix interpolates Madonna’s “Vogue” with Beyoncé flipping the script for the iconic spoke-sung section of the 1990 song, where the Material Girl lists Hollywood stars from the Golden Age. In Bey’s take, she pays homage to both current and past influential Black women who have been game-changers for the culture — from Aaliyah, Rosetta Tharpe and Santigold, to Rihanna, Nicki Minaj and Chloe x Halle.

The new spin on “Break My Soul” arrives a couple of days after she dropped a four-remix collection of the track by Will.i.am, Honey Dijon, Terry Hunter and Nita Aviance.

While Rennaissance has received rave reviews, it has experienced a bumpy rollout, which is not typical of the megastar’s releases. She removed the word “spaz” from her song “Heated” after facing backlash from disability advocates who said the word was an ableist slur (Lizzo was the subject of a similar controversy earlier this summer). Beyoncé also nixed an interpolation of “Milkshake” from “Energy” after Kelis criticized her for using the 2003 hit, calling it an act of “thievery.” The removal of lyrics, like with these two songs, also raises questions about the increasing malleability of music as a digital product.