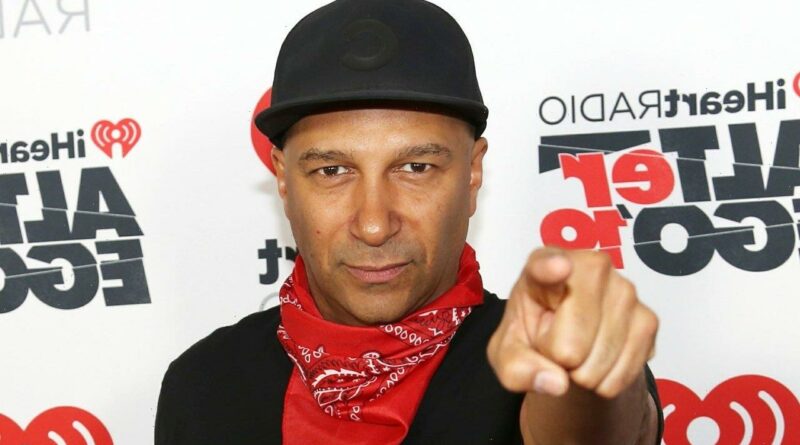 During the gig, which is part of their ‘Public Service Announcement’ tour, security guards attempt to stop a fan who rushes to the stage only to accidentally tackle the guitarist in the process.

AceShowbiz –Rage Against the Machine had a rather eventful show at their Toronto concert on Saturday, July 23. During the gig, a fan rushed to the stage. Security guards quickly tried to take the situation under control but one of them accidentally tackled guitarist Tom Morello.

The band was performing “Killing in the Name” when the chaos took place. After the security guard crashed into Tom, lead singer Zack de la Rocha paused the show to confirm if his bandmate was not injured. “Hold up, hold up, hold up,” the singer, who was forced to finish the concert while sitting down after injuring his leg at a show in Chicago, told the crowd.

Tom was then being helped to get on his feet and return to his post onstage. In a video of the snafu that circulated online, fans could be heard cheering for him. Thankfully, Tom was okay and the band continued performing that night. Meanwhile, security eventually got to scoop up the fan who caused the chaos off stage.

The Toronto show arrived after the band returned to the stage for the first time in 11 years earlier this month. Formed in the 1990s, the band kicked off their “Public Service Announcement” tour at the Alpine Valley Music Theater in Wisconsin.

The band was also among musicians who slammed the Supreme Court’s decision to overturn Roe v. Wade. During their show on July 9 in Wisconsin, they put several captions on screen to blast the high court. One of them saw the band calling for an elimination of the court as it read, “Abort the Supreme Court.” Additionally, the band previously pledged to donate nearly half a million dollars, which was from the sale of charity tickets for their Wisconsin and Illinois shows earlier this month, to reproductive rights organizations in Wisconsin and Illinois.