Note: The following article contains discussion of suicide that some readers may find upsetting.

Rebecca Ferguson has made a string of serious allegations about her experience in the music industry, calling it her ‘statement of truth’.

The 31-year-old singer, who found fame in 2010 after finishing as runner-up to Matt Cardle on The X Factor, has alleged that she has faced bullying and threats, and been the victim of racism.

In a lengthy Twitter post shared on Thursday (May 10), Ferguson did not name anyone she was referring to.

“On the surface, my career would appear to have been at times a dream come true,” she began. “However, the reality of the abuses I have suffered behind the scenes is a completely different tale and one of abuse, bullying and the total misuse of power.”

She claimed that she was “forced to sign a contract” and after she refused, she was told “if you do not sign it you will not have a career”.

Ferguson then wrote that she discovered she had pre-cancerous cells in her body, causing her to collapse on three occasions.

“Things got worse, and over this period I became very ill, I had a physical collapse, and medical staff told me ‘your body has given up’,” she said.

“I then went on to have tests that showed I had pre-cancerous cells. I collapsed three times and started to see and feel myself lose who I was, but still, I felt I had to smile in interviews to maintain how amazing my life was but in actual reality I was unhappy.” 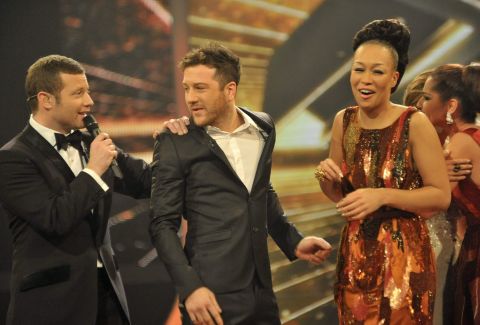 Ferguson also opened up about suffering mental abuse as a result of her torrid situation, saying that at one point she ‘felt like her life was not worth living’.

“I wrote to them, saying stop! Please stop! This is going to kill me!” she wrote. “On that same day, they continued to up the [ante] and sent me a barrage of letters and emails.

“The abuse turned much worse. I was afraid and broken how could a woman like me fight this. In the end I had to accept defeat!”

Ferguson also alleged that she was the victim of racist comments, when she was told that she was only asked to perform at a concert because of her ethnicity.

“The oppression had reached its absolute worst when I was called and told I had to do something that compromised my integrity,” she wrote. 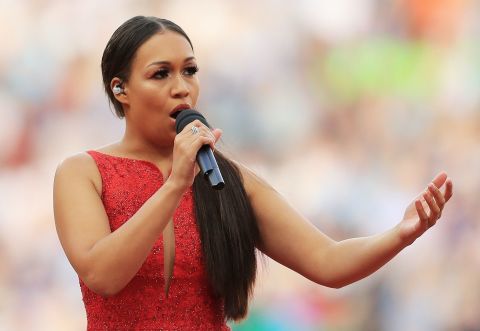 “I was requested to do a gig and told, ‘They want you because you’re a black face.’ ‘You need to do it.’ ‘Nobody gives a shit about you what else are you going to do?'”

Ferguson concluded her statement on a powerful note, saying: “I have written this statement today unable to stay silent anymore however still fearful and also at a great risk to my future career in music but choosing to exercise my human right of freedom of speech and human expression, this is something I cannot continue to run away from I refuse to operate in fear.

We would encourage anyone who identifies with the topics raised in this article to reach out. Organisations who can offer support include Samaritans on 116 123 (www.samaritans.org), and Mind on 0300 123 3393 (www.mind.org.uk). Readers in the US are encouraged to contact the National Suicide Prevention Lifeline on 1-800-273-8255 or visit the American Foundation for Suicide Prevention.